Brand will continue to run its ‘Unrepeatable Photograph’ campaign 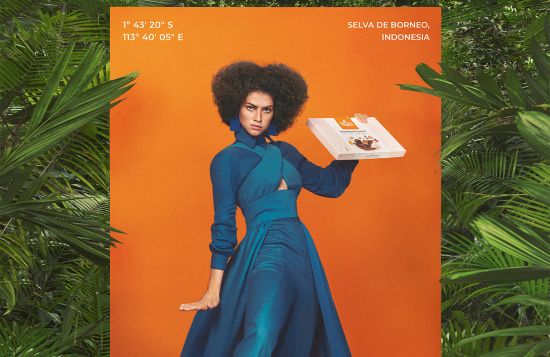 TRAPA chocolates has made the decision not to give in to any claim made by the palm oil lobby against its advertising campaign 'An Unrepeatable Photo', created by FCB&Fire

This campaign is an Action Plan to fight against deforestation arising from palm oil production. With the campaign, TRAPA has made its decision to remove the use of this ingredient from all its products public.

In a press release from agency FCB&Fire, the brand comments: "TRAPA is conscious of how the visibility generated by the campaign, to this environmental issue, has generated discomfort in the sector’s lobby. Thus, TRAPA does not agree with the critique of the campaign defining it as misleading. Instead, the harsh depiction of this real issue within the image is responding to the environmental commitment that this SME from Palencia has made, being one of the first Spanish companies to take these important measures.

"In light of the argument of the palm oil pressure group that supports sustainable production, TRAPA wishes to move away from any demagoguery, inviting people to know the truth behind this type of “sustainability”. This is supported by Tantyo Bangun, Director of International Animal Rescue, who assures that “when a plantation is declared or certified as sustainable, it may be so on its own, but if it does not collaborate with others, it is an island. This means, that if plantations don’t collaborate, which is the case for the majority, it is not sustainable for the animals”.

"We are not bound by the opinions of Jurado de Autocontrol (independent regulatory framework for the advertising industry in Spain). Thus, with all due respect to this institution, no matter the opinion it might issue at the request of the palm oil lobby, our advertising campaign “An Unrepeatable Photo”, will go ahead and Trapa will remove palm oil from all our products."