Move will give clients greater access to talent, capabilities and stronger integrated solutions across offices 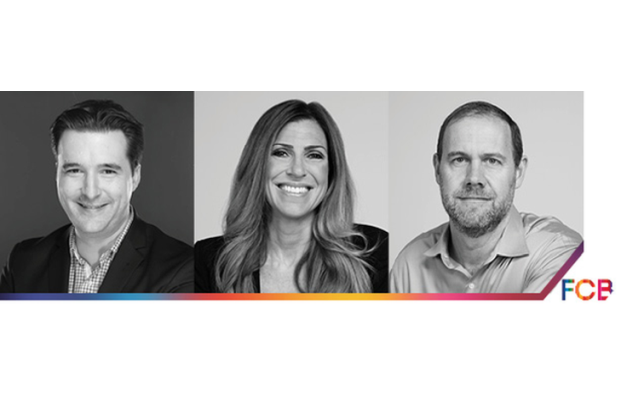 In a move to deliver clients greater access to talent, capabilities and stronger integrated solutions, FCB today announced a new North American structure that will unite its offices in the region under dedicated leadership. The new structure will provide efficiencies in work process and investment strategy across the region, while further fuelling the agency’s creative culture and the ideas it yields. Canada & New York CEO Tyler Turnbull will lead the structure in the newly created role of North American CEO.

Sharing more detail behind this move, FCB Worldwide CEO Carter Murray stated, “In discussions with clients and in predicting what they will need from us to push their brands and businesses forward into the future, it all came down to people, creativity and expertise. Giving clients access to the best people and expertise tailored for each assignment, regardless of which office they call home base, we see as mission critical to delivering great creative that drives real business success. Tyler and this leadership team bring a track record of impressive results that I am confident, when combined with this structure, will unlock tremendous growth for our clients and us.”

With full-service agency offerings on both coasts, the network’s founding office in Chicago, Canada’s most-awarded creative agency, and FCB/SIX, one of the world’s leading creative data offerings in Toronto and New York, FCB North America is home to some of the network’s most powerful assets. Integration of those assets over the last several years has yielded big success for FCB in the region, earning it recent numerous industry honours including 2019 Cannes Lions North American Creative Network of the Year, Ad Age 2019 A-List, 2019 Ad Age Data & Analytics Agency of the Year, and Strategy’s Digital Agency of the Year 2016, 2017 and 2018. Global clients like Clorox, Kimberly-Clark and Anheuser-Busch have cited the power of the network’s combined offering in awarding the agency more business and have openly praised the move.

“We’ve experienced and seen the benefits of the collective power of FCB’s offices working as one in North America and are excited to see this evolution drive even greater results for the brands we partner on,” said Clorox CMO Stacey Grier.

To lead this new structure, the Network is promoting from within and installing some of its most trusted and respected leaders. Canada & New York CEO Tyler Turnbull has been named North American CEO, effective immediately. Tyler joined FCB Canada in 2014 and quickly transformed it from an agency in decline to the country’s creative leader, with big client-wins like BMW, Home Depot and BMO. Last year, he added responsibility for FCB New York, where he brought Emma Armstrong on board as president, unlocked new capabilities for its clients, and helped the office score more new business and creative success. Tyler has also overseen the integration and U.S. expansion of FCB/SIX, a key priority offering for the new North American structure that is set to scale globally next year. FCB/RED will be the other key priority offering in the new structure and network.

“I am honored and humbled to be entrusted with leading FCB’s next growth chapter in the market where it was born almost 150 years ago. It’s a move that will benefit all our clients for the better, and one that will harness the collective power of our more than 1,500 talented people in the region across one of the most impressive integrated creative-agency brand offerings in the world,” said Turnbull.

Joining Turnbull in being promoted as part of the new structure is Mark Jungwirth, who moves from Chicago CFO to North American CFO, and Kelly Graves, who moves from Chicago CMO to president of Chicago. Both Graves and Jungwirth have been instrumental in Chicago’s success and will work closely with Turnbull and the rest of the North American offices’ leadership to operationalise the new structure.

FCB Chicago CEO Michael Fassnacht announced today that he will leave by the end of the year to pursue the next chapter in his career. Fassnacht led the network’s founding office successfully for nearly a decade, establishing it as a creative powerhouse, with more than 40 Lions in the last few years, transforming it into an organisation with a diverse talent mix that now boasts 60% female leadership, and making it a civic leader, with high-profile assignments for the city and storied organisation like the MCA and Chicago Public Library.

“My time leading FCB Chicago has been amazing, but it’s time for a change – for myself and the agency. I will always be a passionate advocate for FCB and its people, and I am very confident that Tyler, Kelly and Mark will build an exciting new chapter for the agency.”

While the new structure will officially launch January 1, 2020, the leadership changes are effective immediately, allowing the new team time to ensure a smooth transition and a thoughtful implementation plan. This move does not include or impact in any way the operations of the FCB Health Network.