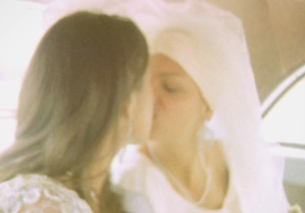 A wedding day. Memories that last a lifetime. A bride exchanging vows with her bride. A groom embracing his husband for the very first time. The gathering of two families coming together to celebrate the union of two people who are in love.

And still, today, so many people are denied this right.

Led by advertising agency FCB Toronto, in partnership with FCB Chicago, “Nobody’s Memories” was created for PFLAG Canada, Canada’s only national organization that helps all Canadians with issues of sexual orientation, gender identity and gender expression. Because as the video so beautifully illustrates, it’s no surprise that any memories associated with LGBT family, love and commitment belong to nobody. Why nobody? Because it never happened.

As the US Supreme Court begins hearing oral arguments to decide whether or not states have the right to ban gay marriage, we’re asking you to share this video with your readers to remind everyone that wedding day memories are a right of everyone.

You can learn more about the campaign at http://lovemadelegal.com/, where visitors to the site will be able to sign a petition to legalize same-sex marriage.