One of South Africa’s biggest account moves of the year 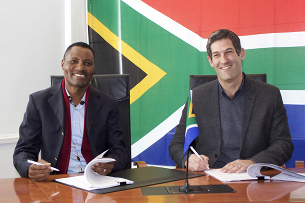 In one of the most prestigious – and biggest – account moves this year to date, the agency widely regarded as responsible for building many of South Africa’s iconic brands has been tasked with building on the country’s already impressive reputation as a tourism destination.

The win puts FCB South Africa on the world stage as the lead agency for SA Tourism’s advertising internationally and at home. It beat out two other short-listed agencies in a creative pitch to land the business, and has been tasked with providing a seamless integrated solution for both the domestic and international market.

Thulani Nzima, SA Tourism’s Chief Executive Officer said: “We are very excited as SA Tourism to have FCB South Africa come on board as a Lead Marketing Agency at this critical point when we are aligning our international and domestic marketing strategies to speak in uniformity to the South African Tourism brand. We are operating in a very competitive environment that requires a well-defined brand that has global appeal and affinity, is consistently and seamlessly communicated and marketed, and has the impetus to attract tourists to our beautiful country.

FCB South Africa is widely regarded in the industry for building some of South Africa’s iconic brands and we are excited of our new partnership in taking tourism forward.”

Nzima concluded: “We are thrilled with the new partnership that we envisage will strengthen our brand, making it more recognisable and appealing to both domestic and international tourists. We believe that the strength of our brand will attract more tourists to our shores and contribute to the growth of our economy and job creation.”

“There is no better South African brand to build than South Africa itself ... and fitting that the agency that has built so many of South Africa’s iconic brands is now contributing to the country’s reputation locally and abroad,” he said.

He added that the agency’s pitch was one of the most inspiring and professional he had had the privilege of participating in.

“The FCB South Africa team really outdid themselves this time around, strategically and creatively. I’m exceptionally proud of them, and the way in which they represented the FCB group,” he said. “I was blown away by the team’s commitment and passion for all things South African.”

“There are few opportunities to represent one’s country as a brand agency and it is an honour to not only do so at FCB South Africa but also to create meaningful jobs and opportunities for all South Africans!” added FCB Joburg managing director, Thabang Skwambane. “FCB South Africa is so excited to be working on the SA Tourism account, and cannot wait to give our country all we’ve got.”

FCB Joburg executive creative director, Jonathan Deeb, was equally upbeat: “The feeling of pride and elation that swept through the agency after hearing we would be responsible for shaping our country’s local and global image cannot be described. It’s awesome that we can utilise the skills we’ve honed building South Africa’s favourite brands to help positively influence her tourism industry. Honestly, I can think of no better use for those skills.”

FCB Joburg executive creative director, Jonathan Deeb, was equally upbeat: “The feeling of pride and elation that swept through the agency after hearing we would be responsible for shaping our country’s local and global image cannot be described. It’s awesome that we can utilise the skills we’ve honed building South Africa’s favourite brands to help positively influence the tourism and economy of our beautiful country,” he said.

The account move came as a result of the incumbent agency’s contract with SA Tourism coming to an end. Ireland/Davenport had worked with the organisation since 2010.

This is not the first time FCB has lead creative campaigns internationally. Its interpretation of a global concept for a Coca-Cola brand campaign (‘Bobby’) was used as the blue print to launch the campaign in over 95 European, Middle Eastern and African countries.