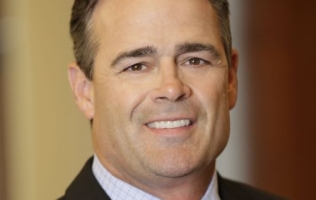 The promotion also comes on the heels of FCB’s global Clorox win. Last week, the packaged goods giant announced that it had selected the agency as its new global creative partner for its home division, which spans signature brands such as Clorox Bleach, Pine-Sol, Liquid-Plumr and Glad.

In his newly appointed role, Shumaker will be tasked with leading the charge to grow FCB globally as well as forging relationships with new and prospective clients – on a global and domestic basis. He will continue to report to FCB Worldwide CEO, Carter Murray.

“Chris understands new business better than anyone I know. He has helped build a best-in-class new business team and infrastructure that have generated significant momentum for FCB. With recent wins, especially Clorox, the time felt right to expand his responsibilities.”

Added Shumaker: “I’m grateful for and thrilled at this new opportunity, and I look forward to working with the global FCB team to take the agency to even greater heights. A big shout-out and thank-you to all of the teams who – through their hard work, dedication, passion, standout ideas and smarts – have helped us grow substantially during my time here.”

Shumaker first earned a name for himself as a new business rainmaker during his nine-year tenure at IPG sister company The Martin Agency, where, as SVP, director of development, he led teams that brought in new business such as UPS, Olympus, Kellogg’s, the American Stock Exchange, NASCAR, Quiznos and Timberland. As EVP, business development at Grey Worldwide, he helped win the Lands’ End account and reposition the agency. He served as CMO of Publicis USA, where he helped generate more than $100 million in new business opportunities.

Remarked Murray: “We are in a talent business, and in the craft of new business, Chris is an exceptional talent.”