To support International Day for the Elimination of Violence Against Women, #Call4Margherita boxes launches a message of support needed to denounce violence 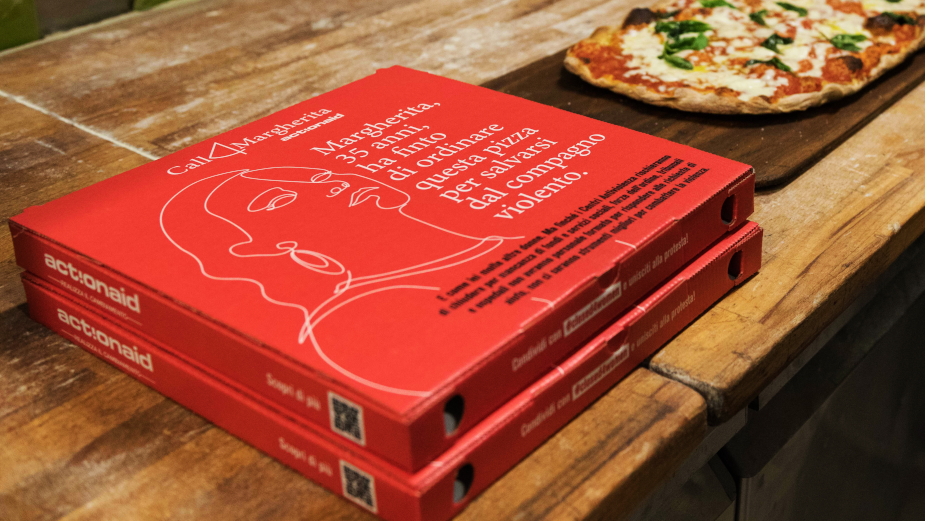 For the second year in a row, FCB Partners and ActionAid Italy join forces on November 25th for the International Day for the Elimination of Violence against Women.

Introducing Call4Margherita, a protest campaign inspired by the true story of a woman who pretended to order a pizza just to escape her partner’s violence. So, pizza Margherita cardboard boxes became the media to launch a strong message: women need better tools than a pizza to save their life and denounce violence.

With the help of many pizza shops in Milan, Rome, Naples and Bologna, people will order Margherita pizzas which will be delivered by Call4Margherita riders. Each pizza box will read the protest message: “Margherita, 35 years old, had to pretend to order this pizza to escape her partner’s violence. And many other women did the same. But until anti-violence centres run the risk of closure because of the lack of funds and social services, law enforcements, courthouses and hospitals will lack personnel specifically trained to answer the calls for help, there won’t be better tools to fight violence.”

A message so strong it reached Palazzo Chigi, the Minister of Justice Alfonso Bonafede, the Minister for Equal Opportunities and Family Elena Bonetti and the Under-Secretary of State for Health Sandra Zampa, who all got their Call4Margherita pizzas delivered by ActionAid.

The campaign has a double goal: on one side, to sensitise people and politics about the fact that Italy has an extremely fragile anti-violence system. Anti-violence centres under threat of closure due to lack of funds, the shortage of trained personnel to answer help requests in hospitals, courthouses and among the law enforcement, in the face of an increase in femicides and calls for help. 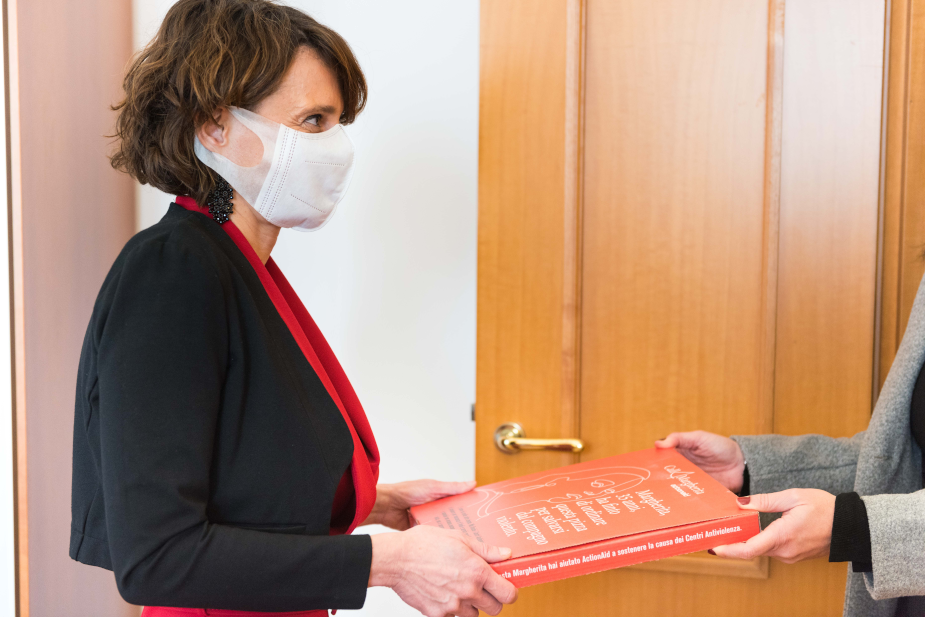 “With this campaign, we want to launch a strong message so that stopping violence against women will become a priority for both the Parliament and the Government, and not just on November 25th, but all year long. Our Country needs an effective and lasting anti-violence system. It’s the only way women will eventually have the right to live a violence-free life” claimed Elisa Visconti, ActionAid program manager.

The whole campaign echoed both offline and online, by involving many influencers, and a massive TikTok campaign.

“When a Country needs their women to pretend to order a pizza to save their lives, there’s something wrong. This originated the idea, which we managed to bring to life thanks to the effort of the FCB Partners, ActionAid and Black Mamba team, even in such a time like this, with so many restrictions.” Commented Valentina Amenta, FCB Partners creative director.