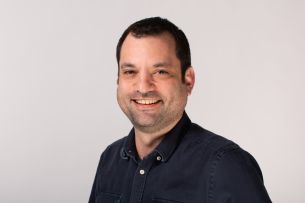 “As we searched for a CSO who could steer the strategic vision of our agency and the brands we partner with, we realised the answer was right in front of us,” said Rockwell and Halper in a joint statement. “Beyond being a brilliant brand strategist, Todd has one of the most creative minds we’ve ever come across in our careers. He’s forward-thinking, has a clear point-of-view of how brands create loyalty and behaviour and, on top of that, he has the audacity to actually be nice! In other words, it was a very easy decision for us.”

Before joining FCB, Sussman served in high-level integrated planning roles at a variety of leading agency networks, including his most recent position as senior vice president, group strategy director at McCann Erickson. In that role, he was charged with overseeing the strategic development of cross-channel communication plans, social engagement, creative content and web experiences. Prior to McCann, Sussman was senior integrated planning director at Grey Group and senior digital strategist at MRM//McCann. He began his career in account management at Wunderman after graduating with a degree in Marketing from the University of Rhode Island.

“I’m incredibly honoured and humbled to join the smartest and hardest-working team I’ve ever known,” remarked Sussman. “This past year has been the most fulfilling of my life, from having a new baby to helping strengthen the agency’s strategic muscle by exploring where data, technology and humanity collide in truthful and meaningful ways, in order to reveal new solutions for each of our clients’ unique cultural and business goals.”

FDA and LG Electronics also shared their praise: “Not only is Todd highly insightful, but he quickly grasps complex, dynamic market factors to craft sound, strategic recommendations that have proven to greatly benefit our campaign efforts,” said Kathy Crosby, Director, Office of Health Communications and Education at the FDA Center for Tobacco Products. Michelle Fernandez, Head of Marketing, Home Entertainment at LG Electronics, added: “From Todd’s powerful presence and approachability, to his sharp focus on creating value for the brand, he is someone who unabashedly asks the simplest questions that get to the root of our opportunity.”

Sussman’s appointment comes alongside that of Gabriel Schmitt, who has been promoted to executive creative director at FCB NY following the momentum of the agency’s Burger King 'Whopper Detour' campaign, which made Burger King the #1 downloaded app with over 6 million downloads, grabbed headlines across the globe with more than 1.5 billion impressions and solidified the promotion as Burger King’s most successful ever. The Lions-winning creative joined the agency as group creative director and was instrumental in standout campaigns for Valspar, Beiersdorf and Ad Council.

These new hires will continue to drive FCB NY’s impressive turnaround, which has seen the agency pick up new assignments from iconic brands like LG, Burger King and, most recently, U.S. AOR duties for global online gaming leader Unibet.