Clark joins the company from the creative tech agency +rehabstudio 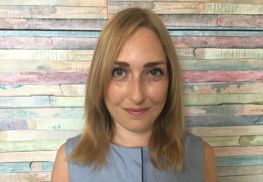 On the subject of Clark’s appointment, Brandon Cooke shared: “This new role is critical to helping us achieve the ambitious communications goals we’ve set to help further build FCB’s position as a leading creative agency known for ‘Never Finished’ platforms and campaigns. Not only is CC a charismatic, innovative and proven communications leader who I am positive can help us accomplish this in Europe, but she has a wonderfully positive way of getting the job done that is both motivating and inspiring. I am very proud to have her on our team.”

Clark joins the company from the creative tech agency +rehabstudio, where she managed all marketing and publicity across the company’s AI messaging and voice skill responses, including pioneering work for Google, Pernod Ricard and HBO.

Clark began her career in entertainment, building award-winning campaigns for Led Zeppelin and Biffy Clyro at Way To Blue before setting up the digital communications division of Think Jam in 2006. In the latter role, she directed a team of 22, as well as creating digital and social campaigns for films, including The Hunger Games and Harry Potter, as well as global content strategy for The Weinstein Company.

Tim Doust, FCB Inferno founder, added: “With over 10 years of experience under her belt, we know CC will be able to bring a fresh perspective to the agency, help us attract the best talent and clients and celebrate our work. We are thrilled to welcome her to the team.”

In 2015, Clark moved to British Broadcaster Channel 4 to head up the Comedy and Entertainment publicity team, responsible for overseeing both corporate and consumer communication strategies, including for Catastrophe, Black Mirror and Stand Up to Cancer.

About her new position, Clark believes: “FCB and FCB Inferno have an incredible heritage of creating work that makes a real difference to consumers, clients and the industry at large. I’m deeply proud to be joining the team at such a key point in building the Agency’s vision. The team is incredibly inspiring and have a genuine passion for shaping our industry while creating truly compelling work for clients. I am excited to help shape and tell the next chapter of the FCB story with this calibre of creative work.”

Clark started earlier this month and will report to Brandon Cooke and Tim Doust, as well as FCB Inferno CEO Frazer Gibney.