Cooke was most recently Global Chief Marketing Officer at mcgarrybowen 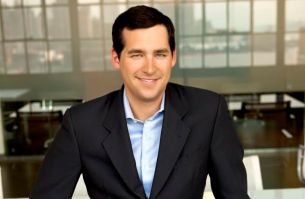 “We were looking for someone for this role with the right talent, track record and character to help further fuel the positive momentum that we are experiencing in the network. Brandon is all of that and more: He has talent, a great sense of humour and of self, and ambition – and I cannot wait for him to get started," said Carter Murray. "Brandon brings a unique and rare background in marketing, communications and new business. His results-driven new business background will be an added plus as we look to partner even more closely with marketers. He’s built brands on both the agency and client sides of the business, and understands what is needed to help marketers create, define and share their story.”

Under the leadership of Murray and Global Chief Creative Officer Susan Credle, FCB has embarked on an ambition to become an agency network known for “creating famous work for clients.” Cooke will report directly into Murray and play a lead role in defining and driving the agency’s positioning with clients and all other communications touchpoints.

“FCB is a storied agency in the midst of an incredible transformation driven by new talent, new creative firepower and an impressive network offering. I am thrilled to take on this new opportunity alongside this dynamic leadership team and help write FCB’s next success chapter,” Cooke said.

Cooke brings a background in marketing, communications and new business to FCB. He most recently rose through the ranks of mcgarrybowen, working his way from business development director to global chief marketing officer over a seven-year stretch.

At mcgarrybowen, Cooke helped build the agency’s new business machine and also expanded his department to include marketing, PR and communications. Along with the agency’s rapid international expansion, Cooke’s purview grew to include global duties, helping the growing network further expand and land new clients such as Intel, Clorox, United Airlines, Procter & Gamble and Fiat Chrysler Automobiles. Over his tenure, the agency earned numerous honours, including three “Agency of the Year” awards from both Advertising Age and Adweek.

Cooke began his career in advertising as a copywriting intern at Y&R after graduating with a journalism degree from the University of North Carolina at Chapel Hill. He later served in business development roles at Grey Group and Gotham.

A former Advertising Age “40 Under 40,” he currently serves on the boards of the American Advertising Federation, the University of North Carolina’s School of Media and Journalism, and the Advertising Research Foundation. He has also judged international award competitions such as Cannes Lions.