Alvin Ng, creative director, and Alvin Ho, creative group head, both joined in July and are working with head of creative Nick Gordon 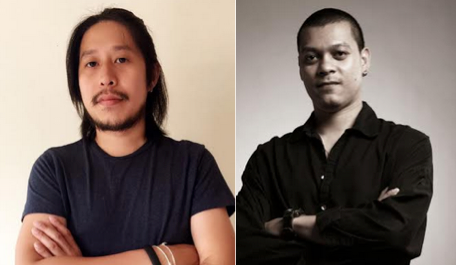 As part of ongoing plans to rejuvenate the agency, which began with welcoming highly regarded agency leader Shaun Tay as its new managing director earlier this month, FCB KL has added two senior award-winning creative talents to its ranks.

“We’re thrilled to grab ‘the Alvins’. Both are great thinkers with impressive track records and come loaded with energy and positive attitude. These guys mark the beginning of the FCB KL resurgence with renewed focus on smart ideas, beautifully executed,” said Gordon. “We’re all about behaviour change at FCB and these guys will help kick start this internally too.”

With over 20 years of experience, Alvin Ng (pictured right) joins from Publicis Malaysia, where he worked on key businesses such as Nescafe and Audi. Prior to that he was a core member of the TBWA\KL creative team that drove the agency to win three separate Agency-of-the-Year titles in 2013.

His well- rounded personal achievements include not only recognition at Cannes, CLIO, New York Festivals, London International, Spikes and the Kancils, but also acclaim at the Effies, Promotion Marketing Awards of Asia, Markies and Marketing Excellence Awards.

A rising star on the Malaysian digital scene, Alvin Ho (pictured left) has worked on leading brands such as KFC, Smirnoff, Strongbow, Nissan, Whiskas and Pedigree and has won at Cannes, One Show, Spikes, ADFEST and the Kancils.

In 2014, he was ranked 59 in Top 100 Art Directors in Directory UK’s Big Won Rankings. His past 9 years have placed him in XM, Scream Interactive and most recently at BBDO/Proximity, where he helped the agency win its Agency-of-the-Year title at the Kancils in 2014.