Cannes judges impressed by brands intent on making a difference 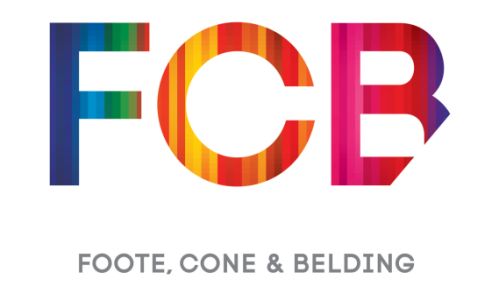 Mirroring a global consumer trend towards socially- and environmentally-responsible products and services, judges at the Cannes International Advertising Festival were inclined to award brands that endeavour to make a difference in the world.

And, it was also evident that juries sought to reward brands that had an opinion, and expressed that opinion in a clever, creative and unique manner. The GAYTM’s outdoor Grand Prix as well as the Marmite and Harvey Nichols work are good examples of this.

This is the opinion of FCB South Africa CEO, Brett Morris, who was in Cannes to judge in the outdoor category.

Morris said that, having been through thousands of pieces of outdoor, it became very difficult to differentiate one traditional piece from the next.

“The classic poster can still be very effective, but only the strongest pieces with truly exceptional craft are still awarded. What’s clear is that work that breaks the mould in an effortless way is what gets rewarded by the judges; work that pushes the category way beyond its traditional limits,” he said.

He also put how difficult winning at Cannes into perspective: “We went through over 5500 pieces of work, which were cut down to less than 500 shortlists, of which only around 120 were awarded metal. That’s around two percent, which translates into two lions for every hundred entries. And only 0.3% of the entries are awarded gold. This makes you realise just how standout the work has to be to win.

“With that in mind, the world’s biggest vuvuzela blast should be sounded in honour of FCB Johannesburg which came away with six Lions – a Gold, two Silvers and two Bronzes for Coca-Cola #RainbowNation across three categories as well as a Bronze for Lexus ‘Precognition’ radio. This is an unprecedented win for the group and well deserved recognition for great work,” said Morris.

Writing to the FCB global network to congratulate agencies in different countries around the world for their Cannes wins, Worldwide CEO, Carter Murray, said: “’What work have your agencies won with’ was a question I was asked a lot in Cannes. I always started with ‘You know the rainbow that was created for Coke …’ and before I could finish, the journalist, the creative or the client interrupted me with ‘I love that one!’

“What a real and creative use of technology to inspire people around the world. Work that is breaking new ground in our industry, and helping us with existing clients and attracting new ones. I am so very proud of your results in Cannes. What a team and, on behalf of the network, for helping us raise our profile way beyond the borders of South Africa, thank you!” wrote Murray.

“The agency had a great showing this year,” he said, “which I think is indicative of the great strides in creativity we’re making across the group as a whole. With foreign metal in our trophy cabinet, we look forward to the upcoming local awards season.”