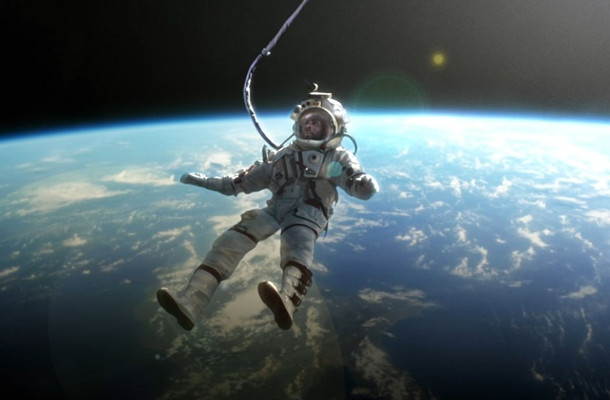 FCB Joburg, a member of the FCB Africa group of agencies, has created a new word, as well as a 360° campaign embracing traditional and new media, to assist Absa Group, formerly Barclays Africa Group, in its relaunch in Africa.

The group’s new brand strategy and identity were co-created by Grid Worldwide and Yellowwood, in a year-long process that started in 2017. FCB Joburg’s responsibility was to assist Absa to launch these, and communicate them to the group’s internal and external stakeholders on the continent in the months ahead.

The group’s new logo features ‘absa’ in lower case, offering a more human, approachable and understated feel than its predecessor. Stripped of complexity, the new button-like logo sits comfortably among popular new brands in a digital space. Absa’s brand colour has been expanded to a wide spectrum of reds.

“The development of our new strategy and identity were governed by four principles: ‘collaborative’ to ensure every voice was heard, ‘bold’ to hold us to the highest standards, ‘fact-based’ so that we would operate with rigour and objectivity, and ‘innovative’ to reflect the new world we were creating,” explained head of Absa Group Marketing, David Wingfield.

“The process resulted in a new business purpose statement: where we see ourselves as enablers, helping individuals, businesses and society to ‘bring your possibility to life’. It also resulted in a fresh brand being created as an expression of our new identity as an independent African bank with global scalability. We tasked FCB Joburg with communicating this,” David said.

“This continent and its people have an amazing way of getting things done. They have a way of turning any adversity into an opportunity. There wasn’t a word out there that described this age-old attitude, and that is how we came up with the word ‘Africanacity’. ‘Africanacity’: it’s Africa’s ingenuity, tenacity, creativity, audacity and positivity all rolled into one. And it’s how Absa will get things done too.”

The Africanacity campaign conceived by FCB Joburg is a 360 campaign that comprises a 97-second film, a 60-second television commercial directed by Gentlemen’s Greg Rom, radio executions in most of South Africa’s official languages, out-of-home, print, as well as an extensive social media campaign.

Featuring a soundtrack that could only come from Africa, the TVC is a collage of vignettes showcasing the innovative ways people in Africa get things done, as well as their ability to embrace technology to keep pace with change.

View the launch ad here and watch out for the follow-on breaking later this year:

“FCB Joburg has contributed to a number of large rebrands in the past, most noticeably Vodacom several years ago, but our work on the Absa refresh in terms of timings and number of elements exceeds them all,” said FCB Joburg Managing Director, Thabang Skwambane.

“As lead agency, we were tremendously proud to be entrusted with the task of pulling together so many people from so many different agencies and industry suppliers; at times it felt as if this rebrand was about the industry coming together with one client’s best interest at heart.

“The creative task, the production effort and the co-ordination facilitation this rebrand involved really challenged the core team at FCB Joburg. With the assistance of the other agencies involved and their tireless suppliers, as well as everyone else at 164 Katherine Street, they did a spectacular job. Well done, FCB Joburg and well done SA’s ad industry.”

Demonstrating its commitment to innovation, one of the four pillars governing the development of its new strategy, Absa officially launched its ChatBanking on WhatsApp service with a 360° campaign from FCB Joburg just a week after its rebrand was made public.

Almost 12,000 Absa customers have registered for ChatBanking on WhatsApp since its soft launch phase, which kicked off in early July this year. This campaign is expected to increase that number significantly. WhatsApp, a simple, reliable, and private way to talk to anyone in the world, is currently one of the most popular messaging services around the globe. More than 1.5 billion people in over 180 countries use WhatsApp to stay in touch, anytime and anywhere.

Gareth agreed ChatBanking on WhatsApp is a great example of Africanacity, that uniquely African ability to always find a way to get things done. “People will be able to do their banking without ever having to leave their favourite messenger app. That’s Africanacity in action,” he said.

“We demonstrate this in Absa’s new TVC by showing our hero – Themba – going about his life and effortlessly popping into the WhatsApp Chat Banking window. He mingles with friends, makes plans, saves the day and maybe even his relationship, all by using ChatBanking.”