New print campaign is sure to get your nostalgia senses tingling 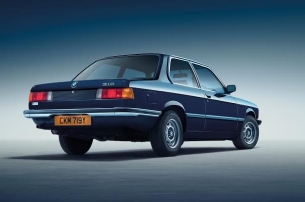 To celebrate the 40th anniversary of the beloved BMW 3 Series and the launch of the latest model, FCB Inferno has created a striking outdoor and print campaign that will be seen across high-profile sites nationally. BMW has produced six generations of the best-selling model, which are paid tribute in individual executions. The art direction has been crafted to pay heavy reference to each era, with typography, the angle of the car and colour palate all evoking a strong sense of nostalgia; be it the hacienda tones of the 90s dance music age, or the minimalist whites of the 00s.

The copy reflects the passion that 3 Series drivers have had for the car over the years. For each generation’s pivotal cultural moments, the innovations of each generation of 3 Series is seen as equally meaningful. Lines include ‘1975 - A new movie inspires nightmares about the open water. A new car inspires dreams about the open road’, ‘1982 - Interest rates at 14% in the UK. Drag reduced by 15% on the BMW 3 Series’ and ‘1990. The Germans win on penalties. And aerodynamic design’.

Prominent consecutive outdoor take-overs have been booked at sites that include Cromwell Road, Waterloo Motion, Holland Park roundabout and an Oxford Circus Bakerloo Line domination from 18th May. Print ads, including DPS, consecutive pages and DPS gatefolds, will run in magazines and most national newspapers from 20th May. Bespoke formats have been created for The Telegraph, BBC Top Gear’s Retro Supplement and Esquire, with all media buyijng managed by Vizeum.

An online film will be seen across social channels and YouTube. The carefully choreographed execution sees all six generations of 3 Series gliding down a race track, overtaking the last generation one after the other. Shot in a single frame, a voice over by James D’arcy celebrates the ground breaking innovation each generation delivered, set to a score composed by Massive Music designed to match the timing of the new cars entering frame, echoing the evolution and eras from 1975 to today.

Katy Wright, Managing Partner, FCB Inferno says “The only way to celebrate the category founding 3 Series turning 40 was to create stand-out creative for iconic media sites, across every touch-point. The enjoyment of making this campaign was made all the more personal by borrowing the cars seen from real owners, who shared our excitement in bringing this to life”.

Nicola Green, Brand and Launch Communications Manager, BMW UK says “The 3 Series is at the heart of our brand and has been a true representation of The Ultimate Driving Machine over the last 40 years and will continue with the latest model. To mark this anniversary we wanted a campaign that would reflect the continued improvement of each generation, and the significance of the innovations within the cars, as well as the powerful affection that has developed for the 3 Series in the UK”.