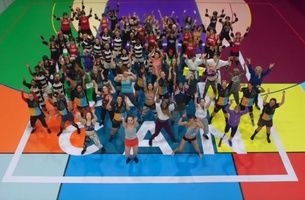 FCB Inferno has been voted the top UK agency promoting good causes in 2016 by The Good Report, ranking third overall in the list of international agencies.

The Good Report, a collaboration between ACT Responsible and The Gunn Report, celebrates the communications that best use creativity to raise awareness of the world's major social and environmental issues.

Industry recognition, performance related output and the general public’s perception were evaluated on 702 campaigns, from 461 agencies, across 70 countries. The final listings consist of the top 25 Agencies, the top 40 campaigns, the top 20 Networks and the top 10 Advertisers.

This Girl Can, FCB Inferno’s campaign for Sport England, was named as the most successful campaign from the UK to promote good causes, ranking third overall in the list of international campaigns. The brand This Girl Can was created from scratch by FCB Inferno in order to encourage women aged between 14-40 to start exercising and close the gender activity gap. The campaign has since received over 40 industry awards including two Cannes Lions Grand Prix, and has driven 2.8 million women to start exercising.

FCB Inferno’s Change Please, created in partnership with The Big Issue, ranked as the twelfth most successful campaign in promoting good causes, out of 702 campaigns from around the world. The coffee business, staffed by the homeless to help the homeless, aims to provide those with the skills needed to get a job, along with the London living wage.

It is important to recognise and celebrate the work and dedication that hundreds of agencies are making to support these good causes. FCB Inferno are continuing to encourage women to participate in sport with the second phase of their This Girl Can Campaign for Sport England. And their recent ‘First Words’ campaign for Pearson, continues to tackle the worldwide problem of illiteracy following on from the Cannes Lions Grand Prix winning Alphabet of Illiteracy campaign.

Frazer Gibney, CEO of FCB Inferno says, "Advertising agencies should be leading the charge in changing society for the better, and at FCB Inferno we take this to heart. We are proud to be a force for good, from championing female empowerment, to tackling homelessness and illiteracy, and helping the world’s most vulnerable children. It runs deep in our agency. We are delighted that something so intrinsic to our culture and DNA has been recognised by the wider international community." 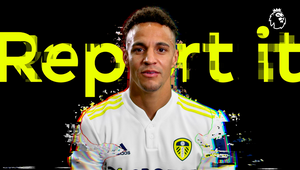