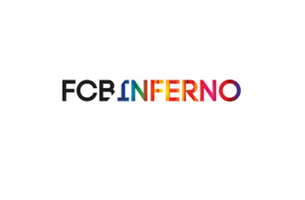 In addition to winning the “Agency of the Year” title, FCB Inferno – which “stood out as a clear favourite,” according to Juror Rachel Walker, senior celebrity and VIP manager at Marie Curie – was praised for “creativity and originality play(ing) a key role in forging the connection by developing platform ideas, apps, social experiments and Snapchat filters.”

The awards were created to celebrate creativity with heart, and this is the fAirst time three leading Haymarket titles in the PR, advertising and charity sectors have joined together to recognise great campaigns. The objective of the Awards is to reward excellence and honour campaigns that use creative ideas successfully to further positive causes.

FCB Inferno was also highly commended in the “Best Fundraising and Advocacy Campaign, local” category for its “Believe in Me” campaign for Barnardo's, and was a finalist for the “Best Progressive Cause Campaign” for “Queen Rules.”

The FCB network was also highly commended in the “Best Progressive Cause Campaign” for FCB India’s “Sindoor Khela – No Conditions Apply” and FCB/SIX’s “Destination Pride.”  Other network finalists included FCB Canada’s “Anything But Sorry” and “#SpeedTalk” from Happiness/An FCB alliance for “Best Public Awareness Campaign.”

It focuses on using a deeper understanding of human behaviour to connect with the target audience and create real change, recruiting teachers, encouraging women to exercise, or alerting parents to the dangers of online grooming.

All of the agency’s strategists train in behavioural science, and one noticed commuters in London walking past Big Issue sellers to go into a coffee shop and came up with the Change Please initiative. Homeless people were trained as baristas and paid the London Living Wage. Six carts across London sell more than 1,000 coffees every day. Change Please has taken 12 people off the streets, saving the taxpayer £360,000 a year, and Change Please coffee beans are now for sale in more than 370 Sainsbury’s stores. Sales continue to generate funds for the campaign.

FCB Inferno continues to use the agency’s skills and expertise as a force for good through projects promoting female empowerment, tackling homelessness and illiteracy, and helping the world’s most vulnerable children."