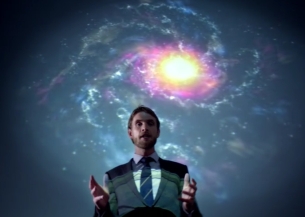 The National College for Teaching & Leadership (NCTL), an Executive Agency of the Department for Education, today launches an integrated campaign, by FCB Inferno, to raise the status of the teaching profession and attract high-quality graduates.

This is the second phase of the successful  ‘Your Future, Their Future’ campaign, also developed by FCB Inferno, which launched in September 2014, featuring Mr Burton from Educating Yorkshire. The work emphasises the benefits of teaching, such as career satisfaction and the rewarding influence on students, whilst also highlighting the competitive benefits of choosing a career in teaching.

A television spot, featuring real teachers, brings the impact they have to life. The film begins with a teacher asking ‘what does a good teacher make these days?’. We are then taken on a journey through various classrooms, with teachers from different disciplines discussing the impact they have on the individuals they teach. The final teacher, standing backstage at a school production, states ‘and if you want to know what else a good teacher makes...it’s probably more than you think’. The film ends with the line ‘Your Future. Their Future.’

The film will be on air for one month, also to run in the new year. The campaign will also play out via digital banners, Video on Demand and a new suite of social assets.