Creative campaign launched by Lily Cole at the Houses of Parliament 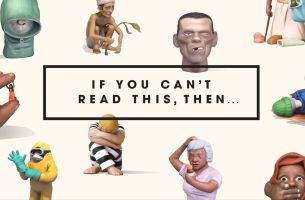 Lily Cole has launched a creative campaign, developed by FCB Inferno for Project Literacy, at the Houses of Parliament. Project Literacy was established by FTSE 100 learning company, Pearson, to make significant and sustainable advances in the fight against illiteracy, which affects 1 in 10 people globally. It brings together organisations spanning from UNESCO, to Microsoft, to the National Literacy Trust.

Pearson briefed FCB Inferno on behalf of Project Literacy to raise awareness of the scale, severity and consequences of illiteracy, and position it as an urgent global issue. The objective is for illiteracy to be placed higher on the political agenda and, ultimately, for the United Nations to make illiteracy a more measurable target within the 4th Sustainable Development Goals so that by 2030 no child will be born at risk of illiteracy.

Evidence shows that illiteracy is a significant contributor to many of the world’s worst problems, such as radicalisation, poverty and gender inequality. Using the building blocks of reading and writing, the alphabet, FCB Inferno has created the ‘Alphabet of Illiteracy’: An A – Z 26 of major issues, carefully researched to tie literacy to different global problems that could be in part overcome by greater literacy. For example, ‘A’ is for AIDS, because if you can’t read or write you are five times less likely to understand how people can contract HIV. ‘B’ is for Bloodshed, because the rate of violent crimes such as homicide and sexual assaults is almost double among the illiterate population. ‘C’ is for Child Brides, because if all women had the literacy skills required to complete primary education, child marriages would reduce by a sixth.

In a 90 second film, produced by 1stAveMachine London, the ‘Alphabet of Illiteracy’ is set to the catchy melody of the 1948 hit ‘A you’re Adorable’. Each letter is represented by a hand crafted sculpture by Wilfred Wood, known for his satirical work on Spitting Image. These sculptures have been animated by Red Knuckles, an agency that includes Gorrilaz and BBC as its clients. The film is being seeded in the UK by The Village Communications across digital platforms including YouTube, Facebook, Unruly and Virool, targeting the millennial audience, with a focus on those who have a particular interest in social issues and those who are highly active and influential in social media. A complementary social media strategy tells the story of each letter and highlights Project Literacy partners’ work, as well as experiences of those affected by illiteracy. This will launch across Facebook, Instagram, Twitter, YouTube and Tumblr. Each letter has a dedicated Instagram account featuring content on each topic, allowing users to discover each letter of the ‘Alphabet of Illiteracy’ natively on the platform. Outreach will engage key social influencers that include people close to literacy and sustainable development and a number of high profile partners, who will add their voice to the campaign.

ProjectLiteracy.com houses the entire ‘Alphabet of Illiteracy’, here visitors can read an explanation behind each letter, learning about how Project Literacy partners are tackling each issue. The site encourages people to take action, which could include sharing the film, finding a volunteer opportunity, or signing a petition that asks for the UN to put literacy at the heart of every action to advance the Global Goals for Sustainable Development. On signing, users can create a GIF of their name in the ‘Alphabet of Illiteracy’ letters to be shared on social media.

Frazer Gibney, CEO, FCB Inferno, said: “Illiteracy is at the root of the world's biggest issues. Project Literacy was established to put this problem at the top of the world’s social agenda, not least the United Nations. This is a deliberately provocative campaign designed to create the strong reaction needed and we are proud to be supporting Pearson with such a great initiative”.

Owen Lee, Chief Creative Officer, FCB Inferno, said: “Project Literacy is the type of brief that advertising agencies crave. It’s a chance to use our marketing and communications skills to do good in the world. Global illiteracy is a highly complex problem deeply bound up in political, economic and cultural issues, but the idea for the campaign comes from the heart of the problem itself, twenty six little letters that can help solve some of the world’s biggest problems. By clashing the innocence of the ABC and Wilfrid Woods sculptures with some of worst problems facing humanity we hope to evoke conflicting emotions. The resulting campaign is a poignant and memorable body of work that we hope will make a meaningful impact in tackling illiteracy”.

Emilie Colker, Vice President of Brand and Social Impact at Pearson, founding partner of Project Literacy, said: “‘The Alphabet of Illiteracy’ powerfully demonstrates how illiteracy underpins some of the greatest challenges facing humanity. The campaign leverages the emotion and equity linked to issues such as poverty, health, and gender inequality and links them to the inability to read and write because we know people see other issues as more urgent. Yet literacy is a huge part of the solution. Through the campaign we aim to get people to care about and take action to help solve illiteracy”.

Katherine Smith, Business Director, The Village Communications, said: “We are thrilled to be working on this project which sets out to educate people on the many global development issues that arise due to illiteracy. FCB Inferno has created some impactful content and our role is to make sure it reaches the people who can make a difference”. Lily Cole, Project Literacy Global Ambassador, said: “What the alphabet of illiteracy demonstrates is that illiteracy is an invisible force that causes and sustains almost every single major problem humankind is grappling with. Which conversely, makes literacy a shining key of opportunity for addressing many of our remaining global issues”. 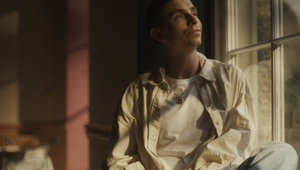