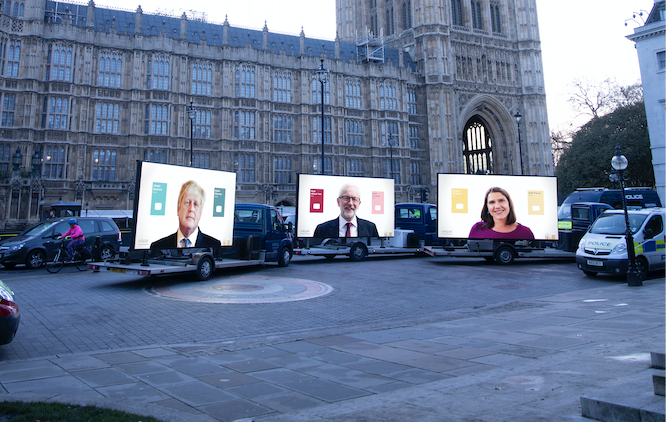 Paint brand Valspar and creative agency FCB Inferno are hitting the road during this defining week in British politics to bring the nation’s feelings and opinions to life using the power of colour.

The platform first launched in August when it won the Evening Standards’ Be London’s Headline cover wrap competition, with creative tied to the first address in Parliament following the summer break.

An ‘election convoy’ hit the road today in London and Manchester. Three digital display vans, stretching an impressive 54ft, will take to the city streets – using Valspar’s fun and unique paint names in the appropriate party colours and opinionated prose, as inspiration for people’s voting decision. 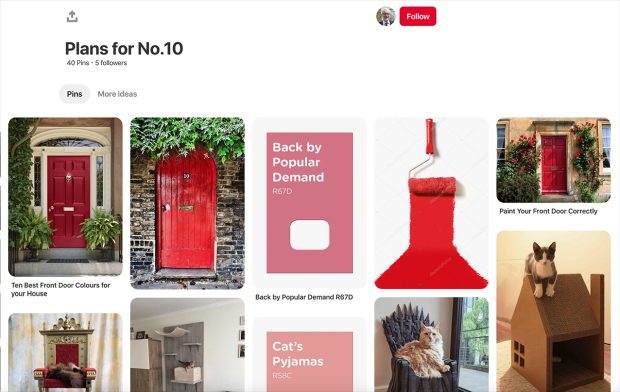 The extensive paint range which includes 2,000 colours, each inspired by everyday objects, situations and states of mind, are now also colourfully narrating the polarised mood of the nation. So, whether you’re ‘Mad About’ Jeremy Corbyn or you think he’s ‘Faint At Heart’, if you think ‘Utopia Beckons’ with Boris or he’s simply a ‘Snake Charmer’ or if you believe Jo Swinson is more ‘Light and Fluffy’ or ‘Simply Brilliant’ – Valspar is hoping to spur the nation on to the polling stations in the most colourful way possible.

Pinterest boards also reveal how the wanna-be PMs may plan to makeover Downing Street – bringing to life what the interior of No. 10 may look like under the influence of the new (or remaining) resident come Friday morning. 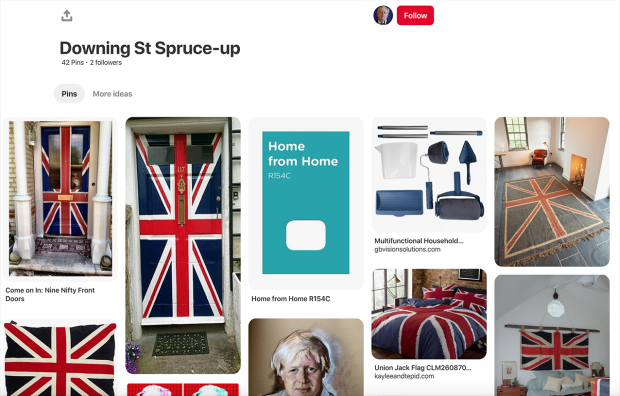 User Jeremy C Islington’s board shows a preference for walls with reds such as ‘Back by Popular Demand’, filling his office with thrifty recycled cardboard furniture and even a plush red throne for his cat.

Pinterester J Swinson East D’s board suggests the iconic front door of No.10 could be changed to an amber called ‘Bonjour’ complete with a multi-lingual welcoming door mat.

Finally, the user named Bojo has pinned little other than portraits of Boris Johnson, large mirrors, and a blue named ‘Utopia Beckons’. Plus a new champagne fridge of course.

In response, Valspar have offered to paint the famous front door in the winner’s colours, absolutely free. 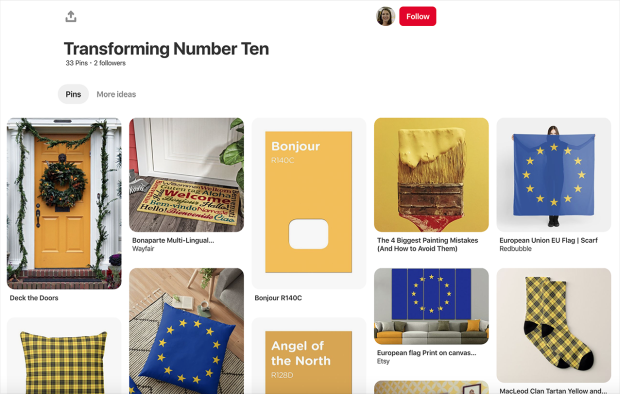 Jane Ryder, Valspar’s European marketing director of consumer brands said: “Our paint names were created specifically to create emotional connections between people and colour – now, we are amplifying this through our travelling election convoy to liberate people’s views and embrace our differences. The world would be a pretty grey place if we all felt the same way and with the election provoking more interest than ever, we wanted to use this opportunity to inspire people to be bold.”

Becky McOwen Banks, creative director at FCB Inferno, comments: “Our campaign is a fun way to bring to life that, however ambitious your plans, Valspar’s ability to match 2.2 million colours means they have a paint colour to match.”

The public are being encouraged to share their colourful election thoughts, as well as pictures of Valspar’s election convoy on social media. People can also take part in a Facebook #PaintPoll to be in with a chance of winning £100 worth of paint.