FCB Inferno Gets Into Teaching With the UK Government

The new campaign kicks off with 'Making Futures' TVC 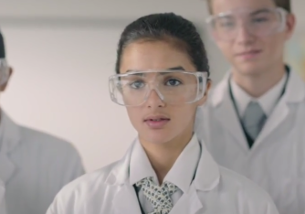 FCB Inferno has launched their latest campaign for The National College for Teaching & Leadership (NCTL), an Executive Agency of the Department for Education.

The campaign is the most recent development under the ‘Your Future Their Future’ campaign banner, originally devised by FCB Inferno in 2014 to attract more high quality candidates to the profession of teaching. This 2016/2017 adaptation is a more emotional interpretation of the original work, focusing on the individual impact a teacher can have on a student’s life whilst also enjoying the competitive benefits a career in teaching offers.

Launched during the Emmerdale adbreak on the 4th of October, the campaign kicks off with the ‘Making Futures’ TVC. The film breaks down a potentially daunting classroom of children into individual stories of how teachers can impact on each of their students, and ends with the powerful line ‘Make a difference to their future and make a difference to yours’.

The campaign is fully integrated and will also run across cinema, VOD, and is supported by digital audio, national press, specialist & university press, OOH, digital display, CRM and social channels.

FCB Inferno’s Your Future Their Future campaign for NCTL originated in October of 2014 with an online film featuring Channel 4’s Educating Yorkshire star Mr Burton in an online film. The second phase of the Your Future Their Future campaign then ran in October 2015. Using real teachers, the “What does a teacher make?” film focused on the difference they make to their students before landing the surprising financial rewards. Over the month, the work ran on TV, digital banners and VOD.

Al Young, Chief Creative Officer at FCB Inferno said: "The Your Future Their Future campaign continues to build momentum. This renewed focus gives us the opportunity to zoom in on the interactions between teacher and student that happen all over the country every single day, showing that little differences can lead to a brighter future. It’s a privilege to be responsible for recruiting the next generation of teachers."

Mike Olson, Head of Marketing at The National College for Teaching & Leadership said: "The Your Future Their Future campaign has been instrumental in the recruitment of thousands of teachers. This next phase of the campaign builds on the success to date and brings to life the fantastic job teachers do by focusing on the differences they make to their students every single day and the hugely positive effect this has on their future. By celebrating the work of the nation’s teachers, we hope to inspire many more people to follow the same path”.