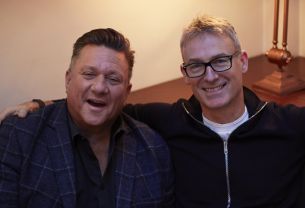 Tim has stayed with FCB Inferno since it joined IPG’s FCB network in December 2013, and after growing the rebranded London office to a top 20 UK agency, has decided that the time is now right to move on.

Frazer Gibney, CEO and Founding Partner said, "Tim has been an outstanding business partner for over 20 years. His impact within the agency has been immense and he will be sorely missed."

Tim Doust, Founding Partner said, “Having been part of an agency which began with five people in a tiny flat in Wimbledon with no clients and very few prospects, it is an absolute honour to have grown the agency into the tremendous success that it is today.  It has been an incredible journey, with so many ups (and a few downs!) and I have taken much joy from working with some of the best talent in London and Overseas. It now feels like the right time to move on. It is with much pride that I leave the agency in such fine fettle!”

Nigel Fyfe will join the agency on March 26th as Chief Operating and Financial Officer. Nigel brings more than 15 years of expertise to his role and will oversee the financial and organisational operations of the agency. Nigel was previously Group Financial Director at Publicis UK, with responsibility for their roster of agency brands including Publicis London, Poke, Arc and August Media.

Nigel Fyfe added, “I’m very much looking forward to joining the agency, who have a great client roster, an inspiring team and some genuinely exciting plans. Over the past few years I’ve been more focused on broadening my skill set into areas including digital, shopper and content publishing, and am thrilled to be joining an agency with such a strong reputation for integration.”

Finally, CEO and co-founder Frazer Gibney will see his remit extend to building a European base in London for the network’s 20+ EMEA offices.

The agency already creates global or regional work for many clients including Havaianas, AB InBev, Huawei and BMW.