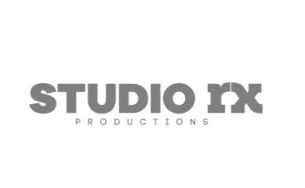 “We’re thrilled to add yet another great team of experts to our ever-expanding roster,” said Maiman. “This launch allows us to further marry our deep healthcare knowledge and connections with an essential specialisation. We are never finished identifying new ways to better serve our clients.”

With its eclectic team of filmmakers, animators, designers, medical illustrators, creative technologists and experiential designers - combined with the latest industry innovations, such as augmented reality and motion graphics - Studio Rx Productions is the studio of the future.

“From concept to execution, we provide clients with an unmatched collaboration model that pairs some of the most talented production creatives in the world with content experts who live and breathe healthcare and pharma,” said Studio Rx Productions Director of Content Creation Matthew Hall. “Not only does that allow us to work more quickly, but it affords us the opportunity to be more adventurous and to create more groundbreaking work.”

Prior to forming the stand-alone agency, the Studio Rx Productions team produced numerous VR, AR and virtual production projects for a variety of FCB Health Network campaigns. From diving into the human body to explore bone metastases and uterine fibroids to conducting volumetric scanning of locations and actors during traditional video and photo shoots, Studio Rx Productions is on the cutting edge of innovation.