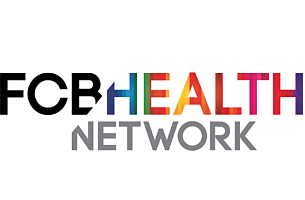 The FCB Health Network made history this week- winning Healthcare Network of the Year for the first time ever. The honor is awarded to the “healthcare network that obtains the most points” in both award wins and shortlist entries across the Pharma and Health & Wellness categories at Lions Health.
Leading the pack in medals for FCB Health Network is agency Area 23, which secured nine honors in numerous categories outside of Health and Pharma, including Mobile, Direct, PR, Print & Publishing and the Glass Lion for Change.

Named Healthcare Agency of the Year at the 2017 Cannes Lions, Area 23 also took home Glass for the second consecutive year – and was the first healthcare agency to ever win in this category. Area 23’s award-winning 2018 work includesChange the Ref’s “Posts Into Letters,” NY-Presbyterian Hospital’s “TXT 2 HELP” and the National Organization for Victim Assistance’s “The Rape Tax.”

FCB Health Network’s showing at Cannes builds on a strong winning streak for the network, particularly Area 23. The agency swept the podium at the 2018 Manny Awards, winning top honors for the second year in a row. At the event, hosted by Med Ad News, Area 23 made history by taking home all three top titles at once – Agency of the Year, Most Creative Agency and Most Admired Agency. Area 23 was also named Healthcare Agency of the Year at the 2017 Global Awards and brought home the prestigious Titanium Award for Best in Show at the 2017 MM&M Awards for its “Mr. Sun” campaign for Mollie Biggane Melanoma Foundation/Mollie’s Fund. Additionally, Area 23 brought home 18 Clio Health awards in 2017, including four Gold and the Clio Grand for Cyrcadia Health’s “ITBRA – The Wearable That Detects Cancer.”

“I'm incredibly proud of the teams that went the extra mile to create work that gets recognized at this level. But I'm even more proud of our little industry,” said Tim Hawkey, executive creative director and co-managing director of Area 23. “At Pharma Lions we had more health agencies than ever winning big. The US was definitely on the map with multiple agencies winning Lions. We had more than half of the top 20 pharma companies represented on the shortlist and we saw more health agencies scoring in Cannes Lions outside of health. As an industry, you can see that there has been a concerted effort to push the work forward. And this year is proof that we're starting to make a dent in that goal.”

Our teams consistently create award-winning innovative work that paves the way for healthcare marketing,” said Renée Mellas, executive vice president and co-managing director of Area 23. “Moreover, these wins serve as proof that we are steadily proceeding down the right path as industry leaders.”