The ad stars Mexican model Iliana Paredes, who has been deaf since birth 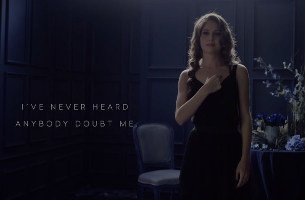 Bissú Cosméticos, a Mexican cosmetics company, believes makeup is a tool to discover one’s self, enabling every Mexican woman to express herself in her own way on a daily basis. Although we have seen it before in previous campaigns under the concept of “Make It Up,” this time in conjunction with FCB Mexico, led by Eric Descombes, Bissú’s nail polish collection pays tribute to those women who express themselves through speaking their hearts with their hands.

The campaign, which launched this week during the International Week of the Hearing Impaired, features professional model Iliana Paredes. Iliana is part of the 70 million people in the world who watch ads each day that doesn’t speak their language. Bissú does the opposite in this new campaign. “I listen to my heart. It is the only thing I can hear. Look at my hands, my heart speaks through them,” is part of the campaign’s powerful message.

Humberto Polar, Creative EVP for FCB Mexico, said: “Look at the way she expresses herself, her movements are like a piece of art. Watching someone speaking from her heart and using her hands as grammar means is pretty exciting.”