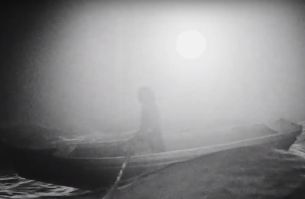 The campaign by FCB Brasil marks the 7th edition of the Brazilian Creative Club Festival, which will take place between September 22 and 24 in São Paulo.

People who work with creativity are always in search of new great ideas. But where can they be found? With the title "Welcome to the Unknown", the campaign for this year's festival invites you to dive into the unexplored.

"The unknown can evoke different emotions, such as agony, obsession, or fascination. Exploring the unknown, and all of the emotions it inspires, is the only path to finding great ideas. This search for the unexplored is the theme of the 2018 Brazilian Creative Club Festival", explains Joanna Monteiro, CCO at FCB Brasil.

Besides all of the visual identity for the festival, the campaign also features an online video, and content for digital urban furniture, banners, social networks, and ads.

The video, which was directed by Manu Mazzaro and produced by Saigon, uses visual metaphors to portray this perpetual dilemma of humanity: the confrontation between our quest for something new that ensures our evolution and the survival instinct that prevents us from diving head-first into the unknown, which is the only real path to something new.

In addition, the large shapes that comprise the art for the other materials were created using generative design, an approach in which the shapes change completely with each parameter that is added or changed. Therefore, the creative efforts in this case were themselves a dive into the unknown, as the final result was impossible to predict. And each of the shapes represents an emotion we feel during our search for something new.