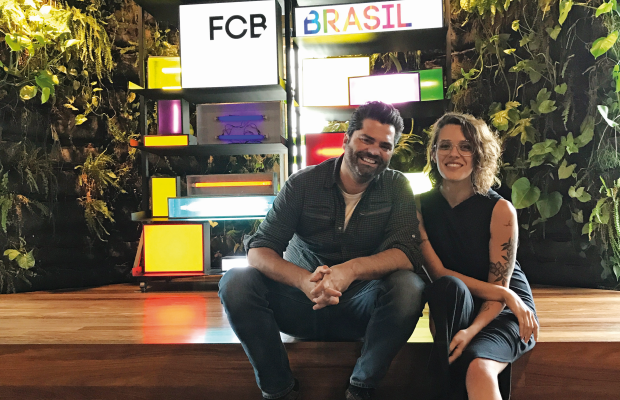 Anna Martha Silveira is Ricardo John’s second hire for FCB Brasil. Anna Martha will start at the agency on November 11 as Executive Creative Director; she is the first professional hailing from Content to ever hold this position. Anna will work alongside Fábio Simões, also Executive Creative Director at FCB Brasil. Formerly at CUBOCC, Anna Martha has been working in Content since she migrated from journalism to advertising in 2012.

“Our focus now is to combine the agility of content and the strategic craft of advertising. We are moving from a “creative idea” logic to a “creative solution” logic that involves all of the agency’s stakeholders, not just Creative,” says Ricardo John, FCB Brasil’s CEO and CCO.

According to Anna Martha, the gamble, as well as the challenge, is to give Creative a more holistic vision of the creative process, a perspective that is part of the Content culture and can increase agility in problem solving. “What conversations are taking place in the real world? Where are they happening? What media are more efficient in taking the brand to them? Ideas for ideas’ sake doesn’t cut it; a complete creative strategy does,” she stresses.

As Content Director, Anna Martha was responsible for carrying out projects for brands such as Spotify, C&A, Fiat, Olympikus and Netshoes, at agencies the likes of CUBOCC, Pereira & O’Dell, DM9Sul, and Artplan, and at Vulcabrás Azaléia. Before that, she was an editor at newspaper Zero Hora, of the RBS Group.