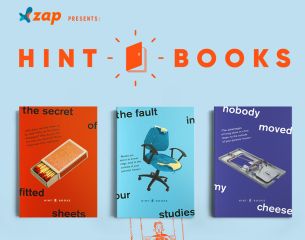 The Kangaroo Generation, young adults aged 25 to 34 who still live with their parents, continues to grow in Brazil. The name is a reference to kangaroos, who only leave their mother's pouches when they feel confident enough to do so. According to data from the IBGE (Brazilian Institute of Geography and Statistics), the number of adult children who extended their stays with their families or moved back in with their parents, increased by 25.3% in 2015. During this same year, the employment rate (71.7%) for young adults who still live with their parents was similar to those who lived on their own (75.1%), suggesting that their reluctance to leave home was not directly related to unemployment.
Based on this insight, FCB Brasil created for ZAP (www.zapimoveis.com.br), the largest real state portal in Brazil, the "Hint Books" project, a series of books parents can give their children with hints for looking for their own apartment. 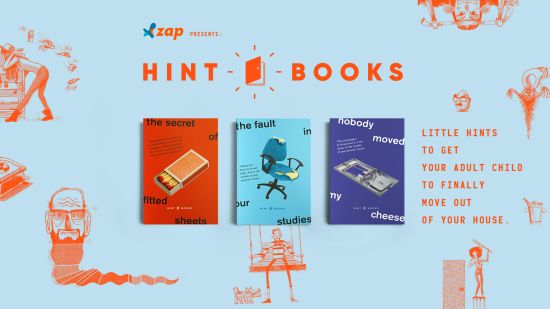 The books are based on three profiles of young adults who have not yet moved out, such as those waiting until they are married, those who pursue one college degree after another (and therefore have no income), and those who don't move out because they don't know how to take care of themselves. ZAP is launching three books "Nobody Moved My Cheese – The advantages of living alone in a few steps: to the outside of your parents’ house," "The Fault in our Studies – Books are doors to knowledge. And to the outside of your parents' house," and "The Secret of the Fitted Sheets – Why does the bed make up by itself? Why do the dishes disappear? Why do you still live with your parents? Solve those and other mysteries." 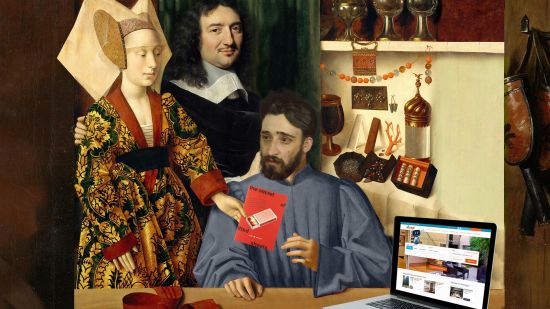 The content of the books pokes fun and offers practical advice about housekeeping, simple recipes to use in a pinch, teaches readers how to pay their bills, and covers other topics in the world of living on your own and being independent. On the www.zaphintbooks.com.br website, visitors can select one of the books and choose to receive a copy for free by mail or download an e-book version. All three books were written by Mariana Carvalho and include illustrated advice.
All the pieces that were parodied for the campaign’s video were taken from the public domain collection of the Metropolitan Museum of Art. 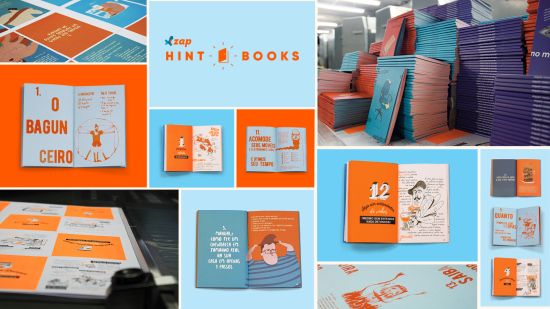 Online searches
With over 14 million users and over 18.6 million visits per month, ZAP has noticed a drop in property searches among the Kangaroo Generation (aged 25 to 34). Between 2015 and 2017, searches by people in this age group dropped by 1%, and among those aged 18 to 24, they dropped by 6%. On the other hand, searches by the older generation, aged 35 to 54, increased by 11%. 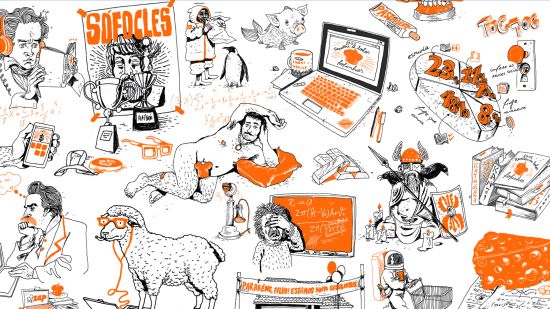 "This project summarises the type of advertising FCB Brasil believes in, the type that produces provocative, creative content that is always relevant and pertinent to our clients' businesses," stated Joanna Monteiro, Chief Creative Officer at FCB.
view more - Creative