FCB Appoints Gabrielle Simpson as Director of Communications and PR

Simpson most recently served as director of communications for NBCUniversal 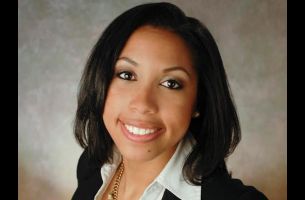 “We were looking for a person with a unique mix of experience to partner with our network of communications professionals around the world to further promote FCB’s story in dynamic and unexpected ways,” said Cooke. “Gabrielle brings a holistic broadcast and new-media background and a compelling history of mentorship that make her a valuable asset to the agency. She is vibrant, articulate and incredibly passionate about what she does – I am very excited that she is joining us.”

Simpson brings comprehensive experience in communications and media to FCB. She most recently served as director of communications for NBCUniversal, where she was responsible for overseeing the development of internal and external communications plans in support of the corporation’s numerous diversity initiatives. While at the company, Ebony Magazine recognised Simpson for her accomplishments in the industry, particularly praising her commitment to diversity and inclusion.

“I am elated to move forward at FCB, where the best part of a brand’s story is never finished and the accessibility of globally attracting people’s attention, impacting their emotions and influencing through thought leadership are unparalleled,” said Simpson.

“I am proud to join talented teammates who strategically transform the industry and build innovative partnerships with great commerce outcomes through creative, award-winning campaigns. I look forward to achieving what’s next in a pioneering way, as well as discovering the future of advertising and collectively creating new behaviours with some of the best in the business.”

Simpson began her career as a production assistant on ABC morning show Live with Regis and Kelly after graduating with a master’s degree in Sports & Entertainment Public Relations from Iona College. She later worked in various roles at CBS over a six-year stretch – spanning production and sales planning – and also served as a communications manager for the corporation, where she acted as the liaison among executives across the organisation.

She has participated as an advisor in many mentorship programs, including NBCUniversal’s Young Professionals Network, which cultivates millennial and early-in-career employees. She is currently a graduate adjunct professor at her alma mater, Iona College, as well as at New York University and The College of New Rochelle. She is also affiliated with the Public Relations Society of America (PRSA), the National Association of Black Journalists (NABJ), ColorComm, the National Association for Multi-Ethnicity in Communications (NAMIC) and has served on the board of the New York Black Public Relations Society (BPRS-NY).