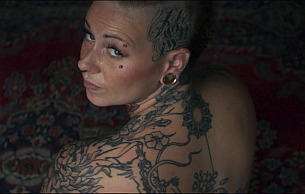 How many women around the world can say that they have never felt shamed by another woman for choices they have made about their appearance, their body, even the way they raise their children? Probably none. In fact, research shows that 70% of women have been hurt by hateful comments made by somebody they consider to be a friend. This International Women’s Day, FCB Amsterdam want to empower women and encourage them to rise above these negative comments and support each other through the powerful mantra of ‘whatever dirt they throw at you, it simply won’t stick’.
In the 60 second video, created by FCB Amsterdam and Wefilm, you will see 24 brave Dutch women vocalising the things they have been called and the things they have been shamed for, while a spoken word poem narrates that they will rise above the words and “It Won’t Stick”.
Research shows that girls in the Netherlands are twice as likely as boys to be subject to online hate, so this initiative is of key importance to FCB Amsterdam which is one of the most diverse agencies in the Netherlands. FCB Amsterdam partnered with Amsterdam based film company Wefilm and director Basha de Bruijn to create the moving video.
FCB Amsterdam Creative Directors, Michael Kouwenhoven and Dimitri Hubregtse said “When we started working on It Won’t Stick with Basha, we wanted to create a powerful answer to all hating and shaming women had to experience. Especially in a time when women need to unite as a front, there is still so much that women have to endure from other women. We realized quickly that we can’t stop all the hating, but what we can do is use our creativity to give women confidence and strength to cope with all the looks in the gym, comments online and all the gossip in between. That’s what we hope to achieve with It Won’t Stick, that women will unite and that the sound of the positive stories will be louder than all the negativity.”
Basha de Bruijn who helped create the initiative and directed the film said: “The film is about finding peace within yourself and being OK; just as you are. We live in a world where it seems like everything is about appearance. It’s really easy to get insecure or to feel like you’re ‘not right’ or you don’t fit 'the profile’ (whatever that may be). It seems like we’re more critical than ever when it comes to our looks or our behaviour. We can be real bitches to others, and of course, to ourselves. It's time we start being a bit nicer and don’t waste our time on bad vibes. I hope we can inspire other women to just let go and be comfortable in your own skin.”
Susan Credle, FCB’s Global Chief creative Officer added: “It Won’t Stick is an incredibly thought-provoking film that should make us all think about the power of our words and how we choose to use them. I applaud the women for so bravely sharing themselves for the project and the Amsterdam team for tackling the subject so sensitively.”
On International Women’s Day on the 8th March, FCB Amsterdam want women around the world to share their experiences of how they have risen above the shaming to support all women, everywhere by joining the conversation using #itwontstick.
All stories will can be found at www.itwontstick.nl
view more - Creative