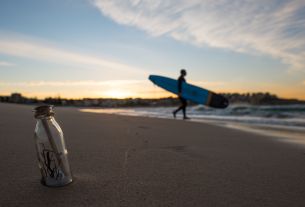 As of last week, some of London’s best account handling and strategy talent will have taken receipt of a tiny (but perfectly formed) message in a bottle, all the way from sunny Sydney.

Jess Tarpey, ex-London suit, started at FBI Recruitment just a few months ago looking after strategy and account handling recruitment, and recognised a talent shortage in the market.

“I recently joined to look after recruitment for Planning and Account Handling and, because of the strength of the FBI brand, I’ve been fortunate enough to get briefs for amazing roles at the best agencies in Sydney, which is great, but I don’t have enough people to fill them. I needed to create my own talent pool, and it makes sense for me to hit up London for that," she said. “Given that I’ve worked in agencies in both London and Sydney, I’m pretty well placed to talk about the differences. Not just in terms of which agencies are doing the most effective and awarded work, but also all the tricky stuff that can feel quite overwhelming; like how you get a visa and how long it takes. And also all the real life stuff; like how much rent is, how far the commute is from the beach to the city, and where you can get dumplings at 2am.” 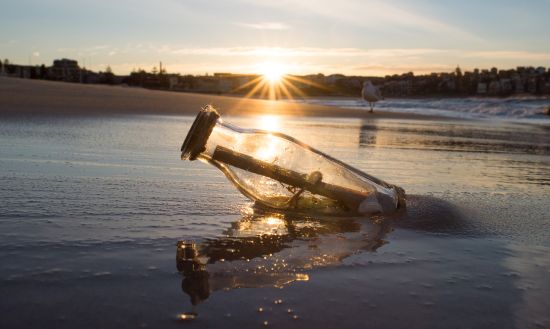 Why not just use LinkedIn…?

“I really want to talk to the most creative people, which means approaching them in a slightly out of the ordinary way. No-one gets exciting mail any more. Or I certainly don’t. If nothing else, I hope it makes them smile. If it doesn’t? Well, at least I found something to do with my business cards.”

Who did you target?

“I currently have roles at a range of agencies, from fully integrated, to CRM-focussed, to digital-specific, and from established networks, to smaller independents, so I’ve gone pretty broad with my approach. I’ve targeted a few key people from a range of London agencies, in the hope that other people might see it on their desks and ask about it. This is only stage one though. I have grand plans for the next direct approach.”

What are the benefits of life in Oz?

“I love London, and I had an amazing 8 years there but, for me, the benefits of life in Oz are cumulative. The weather’s better. The food’s better. The service is better. You’re outside more. Being all outdoorsy. So overall you feel so much better.”

“You can see the harbour from pretty much everywhere. There are parakeets on your balcony. You’re about four foot from wine country, the Blue Mountains and the setting of ‘Home and Away’. You can surf before work (if you have the skill), or just say you did (if you don’t).”

What are the downsides of life in Oz?

“The one thing that isn’t better is the naming of the streets. There are pretty much five street names that are replicated in every borough of Sydney. It’s baffling. But I’ve learnt to live with that and move on with my life. I’ll always be grateful for London’s original naming of streets. I didn’t appreciate it until now.”

“Everyone always asks me about spiders. I’ve seen one giant one since I’ve been here, and I’ve been here 2 years. Just don’t live in a shed near a heavily wooded area and you’ll probably be OK.”

Is it real sand from Bondi Beach?

“I’m afraid I discovered that taking sand from Bondi Beach is actually illegal, and UK Customs wasn’t too excited at the idea of bringing in ‘granular materials’ from foreign lands either, so I was thwarted there. Believe it or not, it may look like a budget ‘Blue Peter’ project, but a fair amount of research had to go into these little blighters.”