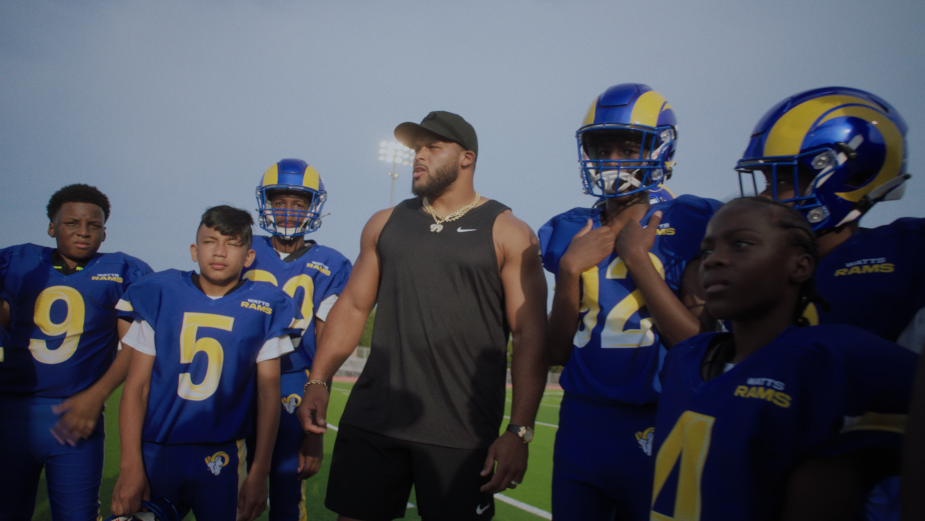 After a 2020 year apart (in many ways), the 2021-2022 NFL Season marks a reunion of fans and players. Tapping into the excitement of bringing both fans and players together again, the NFL aims to help unite and inspire all with the new Kickoff campaign entitled ‘We Run As One.’

Made in partnership with creative agency 72andSunny Los Angeles, the NFL highlights this reunion with a film that draws from football culture to repurpose a pre-game call and response chant asking, ‘Who got my back?’

Serving as an analogy for the entire country coming together for the upcoming season, the NFL invites all fans to join in and highlights the deep connection both players and fans have regardless of team affiliation, if you love the game of football – we are all on the same team.

“This NFL season marks a special reunion of our fans and players,” said Tim Ellis, NFL EVP and chief marketing officer. “We are excited for this integrated campaign to leverage the scale and power of the NFL to unite our fans and players through football and showcase that we are all stronger together.”

“After a year apart, it was important for us to reunite the players with the fans. Their unbreakable connection is the heart of this game as well as the heart of this campaign,” said Zach Hilder, executive creative director, 72andSunny Los Angeles.

In addition to current NFL athletes, ‘We Run As One’ also features authentic super fans in order to bring additional emotion and excitement to the film.

‘We Run As One’ is live on broadcast, digital and NFL owned social channels.