Emmanuel Ofosu Yeboah, the noted activist, para-athlete and humanitarian, is undertaking another heroic bike ride to raise funds for his foundation in his native Ghana and raise awareness for disabled people everywhere. His latest journey of grit, determination and courage kicked off on Oct. 1 just outside of Dallas and concluded when he rode into Washington D.C. just over three weeks later.

A portrait of Emmanuel’s total commitment to his cause can be seen in series of TV and internet spots written and directed by FANCY Content’s Ed McCulloch for ProForm, a leading manufacturer of fitness gear and equipment.  The work captures Emmanuel’s single-minded focus by showing the grueling preparation that goes into his training regimen, all the while backed by a thoughtful and revealing voiceover that puts his efforts into sharp context.

The internet version can be seen on a web site ProFormlaunched as part of its new marketing campaign. The :30 and :60 broadcast adaptations versions aired on ESPN and NBC Sports during the period of his ride.

“ProForm is all about helping people triumph,” says Brand Manager Scott Carr regarding their support for Emmanuel’s Ride for Change. “We want to enable people to improve their lives through the use of our fitness equipment. Emmanuel's story is a great fit for our brand because he continues to persevere regardless of obstacles placed in his way.”

Fans and admirers of Emmanuel include people like Oprah Winfrey and former UN Secretary General Kofi Annan. During the course of his ride he’ll be doing media interviews and conducting speaking engagements as he shares his inspirational story about creating more opportunities for the disabled in Africa.

In Ghana, deformed or disabled newborns are viewed as cursed and often left to die. If they survive, they’re frequently doomed to a life of begging. Emmanuel was born missing his right shinbone, rendering his leg useless. His father abandoned their family immediately after his birth.  He survived through the devotion of his mother, who carried him back and forth to school each day. Inspired by her efforts, he was determined to change Ghanaian attitudes about disability. With the blessing of his tribe’s ruler, he rode a bike almost 400 miles across Ghana in 2001 with only one good leg to show what disabled people can do.

This feat brought him worldwide attention and gave a voice to the plight of the disabled across Africa. During the ride he applied for a grant from the Challenged Athletes Foundation for a bicycle, and after completing his ride the foundation invited him to San Diego to participate in their 2002 Triathlon Challenge. While in the US doctors fitted him with a prosthetic leg, which further enabled Emmanuel to keep fighting for the rights of the disabled.

Thanks to his actions, he was the subject of a 2005 documentary narrated by Winfrey and later met with President George W. Bush as well as Annan. His work earned him Nike’s Casey Martin Award, The ESPY Arthur Ashe Award and the CAF’s Most Inspirational Athlete Award. Using the proceeds from these honors, he established Emmanuel’s Dream, a registered nonprofit, to provide educational and athletic support for disabled kids in Ghana.

In the TV spots, as well as the internet version, we see him rising early to work out while an evocative voiceover narration sets the stage: “They say I should have stopped a long time ago. You did your part. Move on.” The camera follows as he hits the gym, riding a stationary bike and skipping rope. He’s next seen climbing a flight of stairs, his bike hoisted on his shoulder. It’s not until later, as gets out of bed in the early hours to train, that we finally see he’s missing a leg.

“We took care to make the film feel completely authentic, and the way we revealed his disability in the long form piece provides a nice emotional twist,” explains McCulloch. When backed by the voiceover and the score, created and mixed by the Argentinean composer and sound designer Sebastian Oliwa, the result is a mix of realism and drama that complement’s Emmanuel’s ability to overcome obstacles.

“This is a powerful story of hope and perseverance that really resonates in times like these, and we’re proud that Ed’s found a way to share it with so many people,” says FANCY Content Executive Producer and Founder Robert Wherry. “You can’t hear about Emmanuel and not be moved, and that’s what Ed’s work so beautifully demonstrates.” 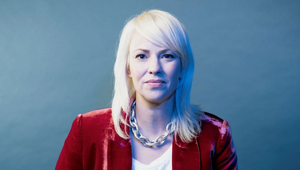 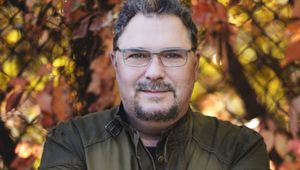 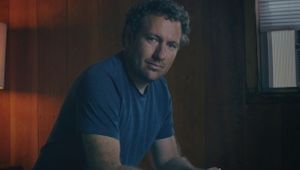 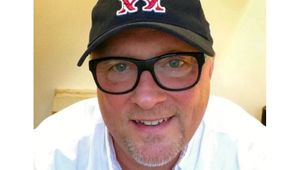 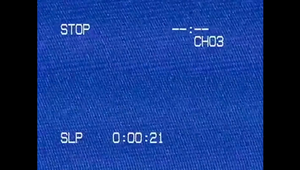 Oakley What Do You See 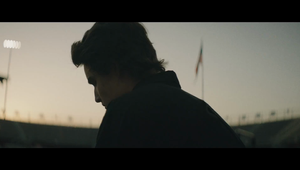