Fancy a Beer on the Go? Then You'll Love the #CarlsbergDrone 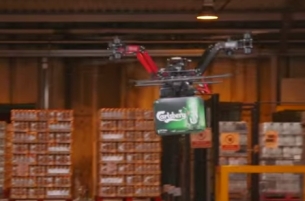 The Carlsberg Team is proud to announce an exciting (and until now top secret) new initiative they've been developing with Carlsberg here in the UK.

It’s the innovation we’ve all been waiting for: Beer delivered straight to your door (or your patch in the park) in under 30 minutes!

As part of the launch, Carlsberg teased some content out to the local press in Northampton and the Chronicle and Echo picked up the short piece of amateur footage!