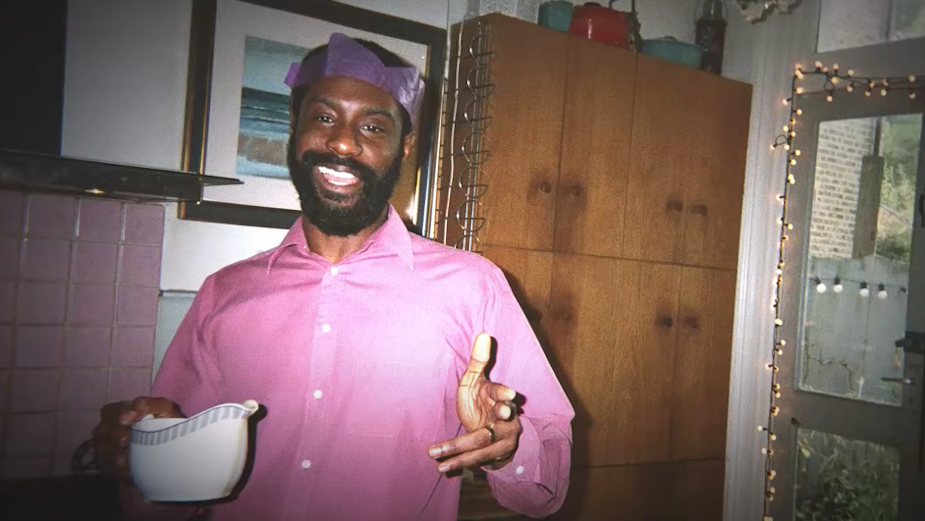 Sainsbury’s has revealed the first in a collection of Christmas adverts, which will premiere on Saturday 14th November during The Voice and air online from 7am.

In a year when Christmas feels more uncertain yet more needed than ever, the collection of nostalgic adverts aims to celebrate culinary memories with loved ones and transport viewers through time by centring around three personal stories of modern British families and their connection to Christmas food.

The stories are brought to life through a combination of home-video-style footage and phone conversations between family members in the present day, as the nation continues to connect with each other from wherever they are.

The first of three films, ‘Gravy Song’, tells how a father and daughter’s excitement for Christmas gets them talking about Dad’s gravy and his ‘famous’ gravy song. The song brings back memories of years gone by, as the daughter tries to cope with the embarrassment of her Dad’s singing, whilst admitting her love for the gravy (and the song, really).

Airing on Monday 16th November, ‘Perfect Portions’, will show a mother and son sharing happy memories of Christmases past and reminiscing about the way their Dad used to carve the turkey years ago. Mum is putting her own twist on his tradition to do his memory justice: bringing a secret weapon to recreate his perfect turkey slices.

The final film, ‘Big Sarnie’, will air on Thursday 19th November and will show two cousins catching up and remembering Boxing Days of the past at Nan’s. Her mega turkey sandwiches, filled with gravy and stuffing, are the crowning glory to their happy childhood memories and spur them to carry on the tradition this year.

Each story ends with the line ‘Food is Home. Home is Christmas’ – an ode to the power Christmas food has to transport us back to happy memories of moments shared with our families, whether apart or together. The films aim to unite feelings of loss, longing and love, and bring them together with a sense of hopefulness, sharing the message that, no matter what, Christmas will be special this year.

Emma Bisley, head of broadcast marketing at Sainsbury’s, comments: “We know that this year has been different for everyone, so we wanted to take a different approach with our Christmas campaign by simply reminding people that Christmas dishes are gestures of love and care, served by up by those who matter most. It’s our memories of these dishes, prepared by the people we love, that have the power to transport us home - whether we’re there or not.

“It was important to us to focus on family connections and emotions, creating a relatable and heartfelt look at the memories Christmas brings, whilst providing a sense of optimism throughout. We hope everyone enjoys watching the collection and it takes them back to their fondest memories of food, home and Christmas.”

Darren Simpson, creative director at Wieden + Kennedy said: “In a year when everything is a little bit all over the place, we were happy to create a campaign that reminds people about the power of food to transport you to good times. Christmas and especially the food, are the memories we all hold on to. Like my nanna’s roast potatoes, they were the stuff of dreams.”

From 1st-14th December, as part of the supermarket’s ‘Brighten a Million Christmases’ initiative, Sainsbury’s is also inviting customers to donate food and other essential products or cash in store and online and will match every donation, doubling every customer’s contribution.