Agency of the Year awarded to Clemenger BBDO Melbourne 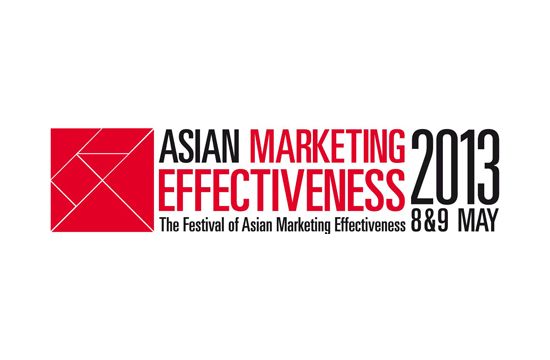 The winners of the sought-after 2013 Asian Marketing Effectiveness Awards were  revealed and honoured last night at the Awards Ceremony which took place at the Pudong Shangri-La in Shanghai.

Led by jury president Ajay Kaul, Executive Director, Global Brand Communications - Worldwide Marketing of Lenovo, 23 jury members gathered in Shanghai to discuss and vote on the 139 shortlisted entries. They awarded a total of 55 winners which included 16 gold, 19 silver and 20 bronze trophies. The most awarded country was Australia which took home 15 trophies, followed by China who were awarded 10 and New Zealand and Singapore who both received five.

Speaking about the awards, Ajay Kaul says, “It has been my privilege to lead such an eminent team of jury members who have worked very hard over the last few weeks to carefully evaluate some great marketing. We saw some amazing work and it was pretty tough picking only a few winners given the overall quality of work, the majority of which was truly world class. Asia is clearly on a trailblazing path driving some innovative use of technology and media. The Festival of Asian Marketing Effectiveness has marked yet another milestone for Asian marketers in scaling newer heights towards marketing excellence.” 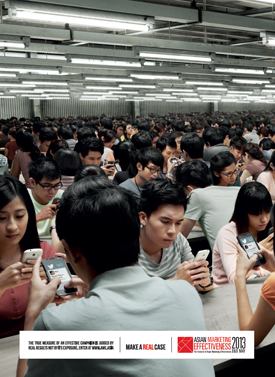 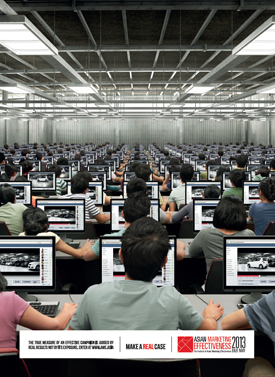 Helping to nurture talent, The Young FAME Competition and The FAME Academy launched this year and ran throughout the Festival. Led by Academy Tutor Joe Talcott, the academy aimed to help planners better understand the industry and apply this knowledge to their work. It offered exclusive tailored group discussions from industry leaders and thinkers as well as the opportunity to attend select seminars from the full programme. The Young FAME Competition gave six teams of two just 24 hours to come up with a planning strategy to fit the brief given by the UN’s World Food Programme. The winners of the inaugural competition were the team from Cheil worldwide South Korea who took gold. Draftfcb China were awarded silver and BBDO China took bronze.

About the Festival, Terry Savage, Chairman of Lions Festivals says, “The past two days have been a fantastic, upbeat experience and have shown that the region and the industry are continuously innovating and driving forward. Ajay is right when he says that there was some world class work; it is setting the benchmark for the future of brand marketing and I am sure that delegates have left overflowing with new ideas and inspiration.”

Delegates are currently continuing the celebrations at the Awards After Show Cocktails, allowing them to party, network, and debrief after the last couple of days. The winners of the 2013 awards can now be viewed online at www.ame.asia.