Patrick and Rick promoted to executive creative directors at the agency 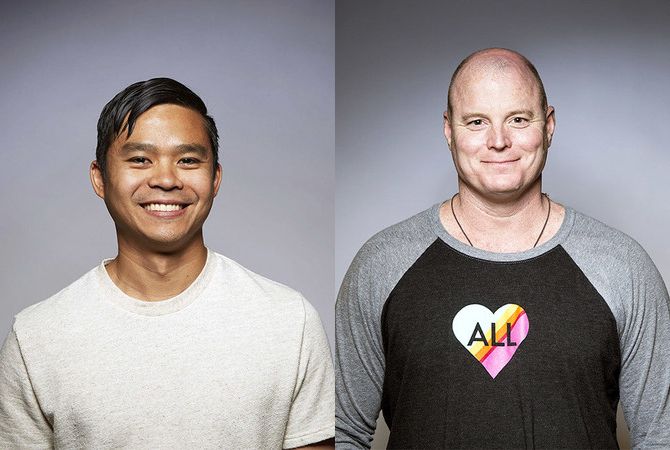 Patrick Figueroa and Rick Utzinger were appointed executive creative directors and creative leads for Fallon Minneapolis. The two will support the roster of agency clients and new business efforts.

“Patrick and Rick are proven creative leaders who bring energy, smarts and passion to their craft,” said Fallon CEO, Mike Buchner. “Clients and creative teams enjoy working with them and I’m confident in their ability to deliver the kind of work for our clients that will take us through the next growth phase of our company.”

Figueroa joined Fallon in 2012 as a digital creative director on Cadillac. Previously in New York, he had stints at kbs+ where he led work on Puma and BMW and also at Chiat/Day where he worked on early digital experiences for Sprint. At Fallon, he has continued to push digital initiatives for Talenti, Faribault Woolen Mills and StoK, as well as leading a very successful brand relaunch for International Delight.

“Fallon’s creatives are some of the most talented people I’ve ever worked with and I am honored to act as co-captain,” said Figueroa. “There are a lot of exciting changes happening in the industry and I know that the creative team has the smarts and ideas to push the boundaries in all the right ways.”

Utzinger joined Fallon Minneapolis as creative director two years ago. He was previously Creative Director at Chiat/Day, Los Angeles, where he worked on Miller Lite and the Grammy Awards, and Creative Director at David & Goliath on Kia Motors. Under Utzinger’s creative direction at Fallon, Silk, a Danone brand, has turned around its sales to strong growth following the launch of its new 'Progress is Perfection' campaign. He’s also behind the transformation of Culligan Water, helping lead the brand’s first national brand campaign in 50 years.

“When I came to Fallon two years ago, it took no time at all for me to realise that this place is something special,” said Utzinger. “I look forward to fostering the standard of creative excellence that is a signature to Fallon’s work.”

Fallon Minneapolis is staffing up its creativity capabilities across the board. Recently, the agency announced the addition of two executive creative directors, Leslie Shaffer and Nikki Baker, in the New York office. The agency also recently appointed a new chief marketing officer, Niki Dobratz, in Minneapolis.