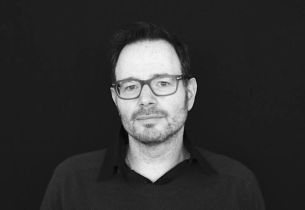 Announced this week, Sam Ewen joins Fake Love as the agency’s newest director of new business. The appointment comes at a time of growth for the agency: in the last year since being acquired by The New York Times, the team has doubled its staff and office space.

Ewen will lead overall new business efforts for the Brooklyn-based shop, bringing two decades of background in technology and experience to the team. He most recently served as ECD of Experiential at Clique Media Group.

Ewen will be helping brands understand the ways in which they can implement Fake Love’s many cutting-edge capabilities and breakthrough technologies like AI, machine learning, and AR/VR can push brands to meet with consumers through experiences in the real world.

Ewen is a longtime thought leader and evangelist of guerrilla marketing - eager to create experiences that disrupt the ways brands typically look to reach consumers. He is best known for using interactive technology and social media at the centre of experiences for brands like Adidas and NARS.

Ewen has played a key role in the growth and eventual sell of three agencies - founding one of the first agencies dedicated to alternative and experiential marketing, Interference Incorporated, in 2001, co-founding; The Supertouch Group in 2007 where he brought cutting-edge technology to large scale user experiences at trade shows and corporate events, and serving as a Partner at Guild, a creative studio dedicated to experience, design and technology.

Having worked on both the creative side as well as the client side throughout his career, Ewen brings a unique set of skills to the role, including the ability to not only understand the needs of a client, but to help bring to life the solutions they desire.

Kids Teach a Master Class in Smiling in Cute Colgate Campaign
Eric Wareheim Brings Heavy Metal Yoga and Fizzy Coffee to Mailchimp's Latest Campaign
High Five: UK
What’s it Like to be the Last of a Species?