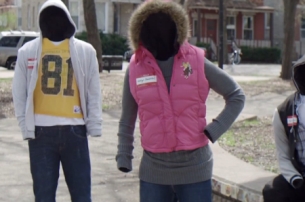 Imagine seeing your son on the street, only your son has been dead for nine years, a victim of gun violence.

That is what the parents, family and friends of eight gun violence victims experienced just a few weeks ago in St. James Square in Chicago through an exhibit called “Unforgotten.”

Unforgotten is a traveling exhibit that features arresting memorial statues that represent actual victims of gun violence. Working with victim families, we created lifelike statues of the victims in their actual clothing. Shocking? Yes. But each statue is an emotional and powerful reminder of the senseless loss of life due to gun violence. This documentary video shares the personal stories behind the victims and the emotional reactions of those who experienced this first exhibit.

FCB Chicago partnered with The Illinois Council Against Handgun Violence to create this poignant, unbelievable exhibit that ensures that those who lost their lives to gun violence will never be forgotten.