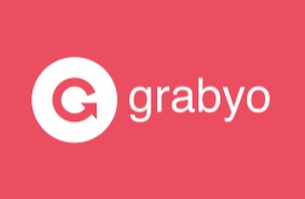 Grabyo, the real-time video platform, was today unveiled as a launch partner for Facebook’s updated Video API, at the F8 Facebook Developer Conference in San Francisco. It follows Grabyo’s successful integration of Facebook’s Video API and delivery of video on Facebook for media companies and other content publishers.

Having integrated with Facebook’s API, Grabyo now offers media companies a way to simplify their video publishing workflow and rapidly reach the vast audience of people who watch video on Facebook. By working with Grabyo, media companies and other content publishers can share clips from any live broadcast TV or IP video feed in real-time - on the world’s largest social network. They can also utilise Facebook’s set of customization options to ensure videos reach and resonate with their audience. 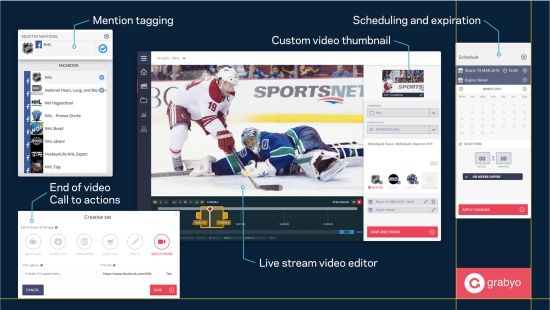 “As well as offering an audience of almost 1.4 billion users, the combined power of social discovery, auto-play and viral distribution on Facebook is truly immense. We’re regularly generating millions of views for individual clips – this is testament to the power of Facebook’s own native video format,” comments Gareth Capon, CEO at Grabyo. “Facebook now plays a critical role in media discovery; it drives enormous real-time engagement and extends the lifetime of premium video clips as content is discovered, shared and surfaced across its social graph.”

Grabyo’s fully scalable and cloud-based platform has delivered social video campaigns for many of the largest sports events globally including FIFA World Cup, UEFA Champions League, Ryder Cup, Wimbledon and more. The company is benefiting from the growth in smartphone penetration, improvements to mobile network bandwidth and the popularity of social apps. Mobile apps now dominate digital media consumption and Facebook is the most popular app of all. On average, there are already more than 3 billion video views on Facebook every day and more than 65% of video views are on mobile.

“Publishers can no longer ignore the value of Facebook in driving media discovery and distribution. As the most popular social platform and with a mobile audience of nearly 900m users, the platform’s relevance will continue to grow. Today about half the adult population owns a smartphone, but by 2020 it will be 80%,” continues Gareth Capon. “We look forward to further expanding our customer base and helping publishers and brands capitalise on the social audience of this platform.”