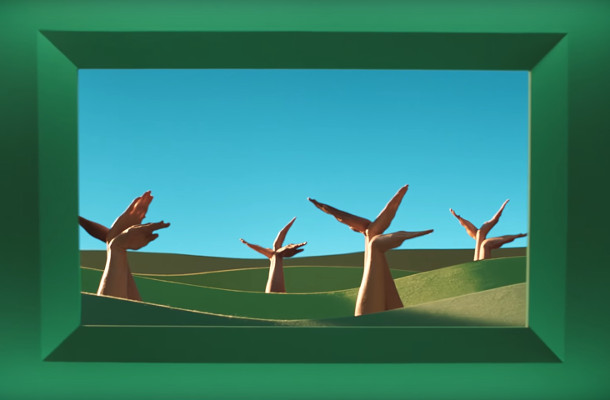 Expo 2020 Dubai - the first World Fair to be held in the Middle East - has launched its first global marketing campaign, exactly 1000 days before it opens its doors. It is also Havas London's first work on the account since its appointment last year.
The substantial campaign includes TV, digital, OOH, print and cinema activity, and runs across the UAE and the GCC as well as major international markets like the US, UK and India.
Celebrating the power of human collaboration, the centrepiece film seamlessly follows dozens of hands of all sizes, colours, ages and shapes as they come together to create easily recognisable objects including a light bulb, the Earth, or Dubai's famous Burj Khalifa. Each scene illustrates Expo 2020's theme, 'Connecting Minds, Creating the Future' by showing that when people work collaboratively, they can produce even greater results.
The production involved building a live, specially-constructed set, with incredibly nimble people moving in line with an intricate choreography.
Tareq Ghosheh, Vice President – Marketing and Communication at Expo 2020 Dubai, said the campaign would help to raise awareness further of the first World Expo in the Middle East, Africa and South Asia (MEASA) region throughout the GCC and major international markets.
Tareq Ghosheh said: “A World Expo is not only about showcasing the latest innovations; it is also a unique platform to bring together people from all over the world, and all walks of life, to encourage creativity, innovation and collaboration.
“This campaign sets the stage for where we’ll be going in future campaigns. We don’t want people just to turn up to the event; we want people to join the journey up to 2020.”
The production of the campaign also epitomises Expo 2020’s theme of collaboration, with 127 people, from performing artists to creatives, working on the project.
Creative agency Havas London collaborated with duos Dom&Nic and Metz+Racine to produce the video and print campaign, respectively.
Mark Whelan, Group Chief Creative Officer at Havas UK, said: “I’ve visited the site and seen the plans, and Expo 2020 Dubai is going to be out of this world, with people from around the world joining forces to make it amazing. We wanted to create a film with a story of people coming together filled with positive energy to reflect what it is all about.”
Expo 2020 Dubai will run for six months from 20 October, 2020 to 10 April, 2021 and is expected to receive 25 million visits, with 70 percent due to come from outside the UAE, the largest proportion in the history of World Expos. More than 180 countries are expected to participate.
view more - Creative