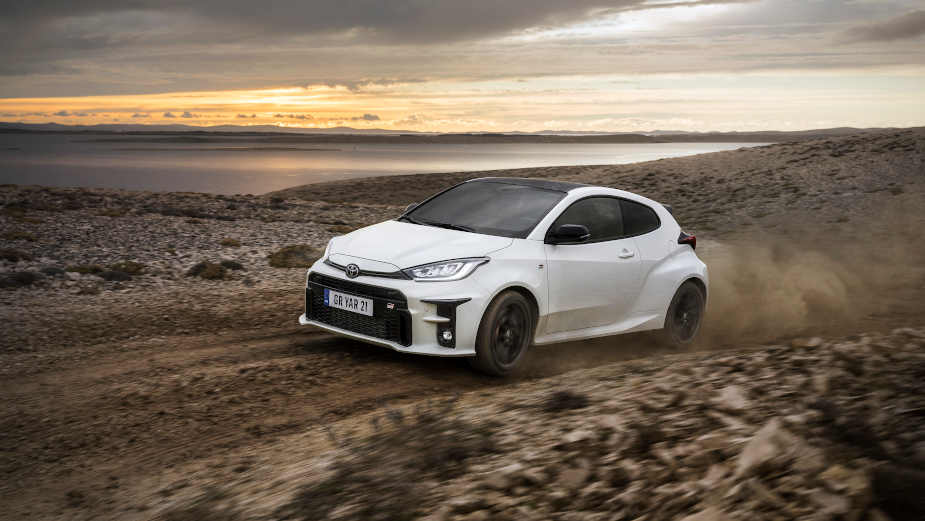 The&Partnership today announces its latest spot for Toyota. ‘Endless Exhilaration’, the launch campaign for the new Toyota GR Yaris, is the story of a how Toyota’s landmark hot hatchback turns an everyday drive into an adrenaline-fueled adventure.

Following the launch of the GR Supra in 2019, GR Yaris is the second model in Toyota’s expanding GR line-up. No ordinary hatchback, the all-wheel-drive GR Yaris brings state-of-the-art technology to the road in its role as a homologation model for Toyota’s entry in the World Rally Championship (WRC).

Shot by Alberto Blanco, the campaign launches with a suite of assets that showcase the dynamic and exhilarating character of the GR Yaris. Joined by his niece for a mundane trip home, Jari-Matti’s enthusiasm comes alive as the car transforms an everyday drive into a journey to remember.

Incredible drone footage and dynamic camera angles capture Jari-Matti’s precision and skill behind the wheel whilst his niece plays the role of co-driver, joyfully reading pace notes as the pair enjoy the thrills injected into their drive by the 261 DIN hp 1.6L three-cylinder turbo engine.

“We set out to bring the excitement of rally racing into the everyday. That proved to be quite easy with a former rally driver at the wheel. Each time Jari-Matti stepped on the gas for a new take we saw nothing but smiles. Mission accomplished.” said Guus Ter Beek and Tayfun Sarier, senior creatives at The&Partnership.

Whilst shooting the campaign in Croatia, Jari-Matti Latvala likened the lively atmosphere on set of his first ever advertising shoot to his competitive rally driving experience: “When it’s action time you really need to be on it. It’s been good fun with great people…if I get another opportunity, I will come back”.