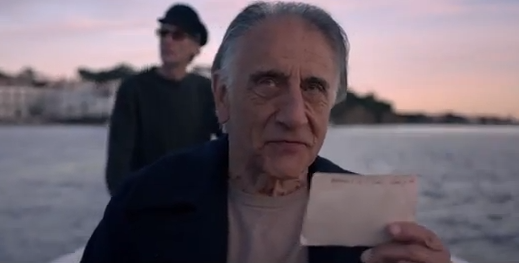 Travel website, Expedia, has launched its new brand campaign in Australia and New Zealand, which looks to inspire travellers to get out there, make their travel dreams a reality and find their “somewhere” - that place they have always longed to visit.

Developed by DDB Sydney, the campaign focus of “Your Somewhere starts with Expedia” is spearheaded by inspirational TVCs directed by Sean Mehan. Utilising the famous song, “Somewhere over the Rainbow”, the viewer follows the journey of several characters to see their travel dreams become a reality, thanks to Expedia.

The campaign, an evolution of Expedia’s Out There, Starts Here campaign which was developed and launched by DDB in 2012, will be supported through all forms of media.

Lee-Ann Googan, brand marketing director, Expedia Australia and NZ, comments: “At Expedia, we are passionate about helping people get out there and discover – or rediscover – this amazing world we live in. This campaign truly captures the joy of travel.

“Whilst every traveller and every trip is different, at Expedia we offer everything in one place – hotels, flights, car hire, packages, insurance, etc. – making planning and booking travel as easy as possible. We hope this campaign inspires people that there is no better time to start getting to your “somewhere” with Expedia.”

Toby Talbot, chief creative officer at DDB Sydney, says: “I think the central idea of the campaign is really going to resonate with a lot of people. We all have a place in the world we desperately want to visit, but life always seems to get in the way (I speak from bitter experience). The TVC in particular really epitomises this, beautifully bringing the whole concept to life.”