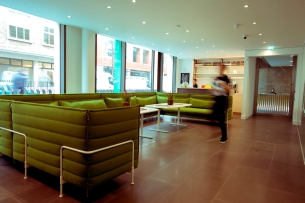 “On day one there were about 10 people in the company and when the doors opened it was like ‘green light, go!’… and now what?”

That was the question that Mark Beardall, Head of 2D at Gramercy Park Studios (GPS), asked when the doors to the facility opened in 2013. But now, two years on, the company has firmly established itself within Soho’s post-production scene and is ready to kick on.

When Gramercy Park Studios opened up in the summer of 2013, it aimed to break the mould of traditional post-production, marrying audio and visual post together in a collaborative space.

The ambition was to do something different and GPS launched as a facility with an ‘all-under-one-roof’ mentality, whereby any client’s post-production needs can be catered for in-house.

Dedicated Editing, Colour Grading, Finishing, Sound, Motion Graphics and Design departments are housed within their breathtaking London headquarters, but as Richard points out; anyone can build a facility, but you can’t operate it without the right people.

With state of the art equipment in place, it was vital to find the right team to operate it.  Heading out into the marketplace, GPS hired highly skilled artists and engineers and put in place experienced Heads of Departments, and it’s fair to say the team has flourished.

“The team is developing organically, there’s a lot of interdepartmental communication and there are very talented HoDs in place to guide it all,” says Mark. “Change is inevitable but I think it’s for the better as we move on to the next stage of what GPS is to become.” 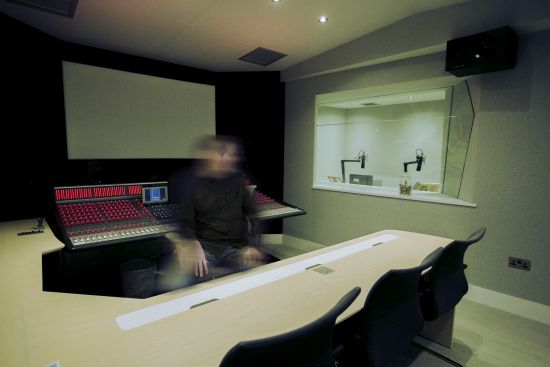 GPS has highly-experienced talent that’s cross-functional across multiple disciplines, all working together under the same roof, which helps the company provide better solutions for the client.

“Today, jobs have to be delivered incredibly quickly, therefore you need a high-performance team that works together. The constraints are getting tighter and tighter and that’s when things start to break,” says Chico, “so it’s imperative to have open-minded people who understand that the team can be much faster than a single individual.”

What makes GPS different is that is it has a genuine all-under-one-roof full-service offering; a rarity in the world of advertising. Each department has the ability to work independently, but one of the reasons GPS was conceived was the ability to service ‘end-to-end’ projects.

“An end-to-end job will go through the whole company, from Editing, Grade, VFX and Sound,” explains Toby. “For a client, this means that if they’re in audio and they get a call saying they want to change something, we can jump in straight away.”

Clients really like the all-under-one-roof offering because it saves them time and increases efficiency.

The ability to host these full-service end-to-end projects is a good selling point that seems to be working. In the last six months there’s been a number of clients that have come in to GPS for end-to-end work, but it’s a different model to what the industry is used to.

Even though the company wasn’t built to be a traditional posthouse, Chico believes that in the beginning GPS needed to prove themselves. “We have specialists from different areas which means we can deliver. We have the experience, but we first had to focus on traditional post to prove we could do it. It’s only now that we can truly move forward. In fact, sometimes people only realise that we have it all under one roof when they come in to have something finished here.” 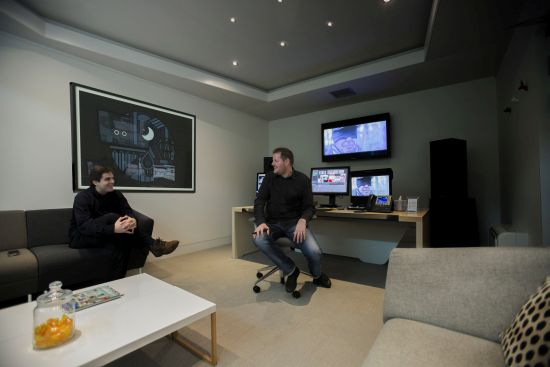 At the start there was nothing for them to show. There were no GPS showreels and no body of work, but over the last two years the company has completed a host of quality projects and the website is now populated with impressive showreels.

“We’ve done a mixture of work, some of which is in your face and some which is invisible,” says Mark. “We’ve been doing some really quite clever stuff but you can’t always see it, that’s the point!”

If there was a pivotal moment in the first year, it would be Betfair’s Octopus ad which was the first big job to go through the entire in-house work flow.

“Octopus was us finally being able to put something on our website and say to people ‘look what we can do’,” adds Bradley. “It was a turning point; here’s something we’ve done from start to finish.”

“It was great, we had incredible interdepartmental communication,” adds Ben. “The biggest success was letting people know that Gramercy Park Studios was able to put out a good product. That’s hard when you’re going against the big established companies who have been around for 25 years.”

Getting the first full-service job through the door was a crucial test for the team. It was something the team had never done before, so it was a big leap of faith by everyone. They had worked on projects like that individually, but never together.

“There was never really any doubt that we could do it,” believes Richard. “It shaped the company in that first year. Anyone that had anything negative to say about what we do creatively kind of shut up!” 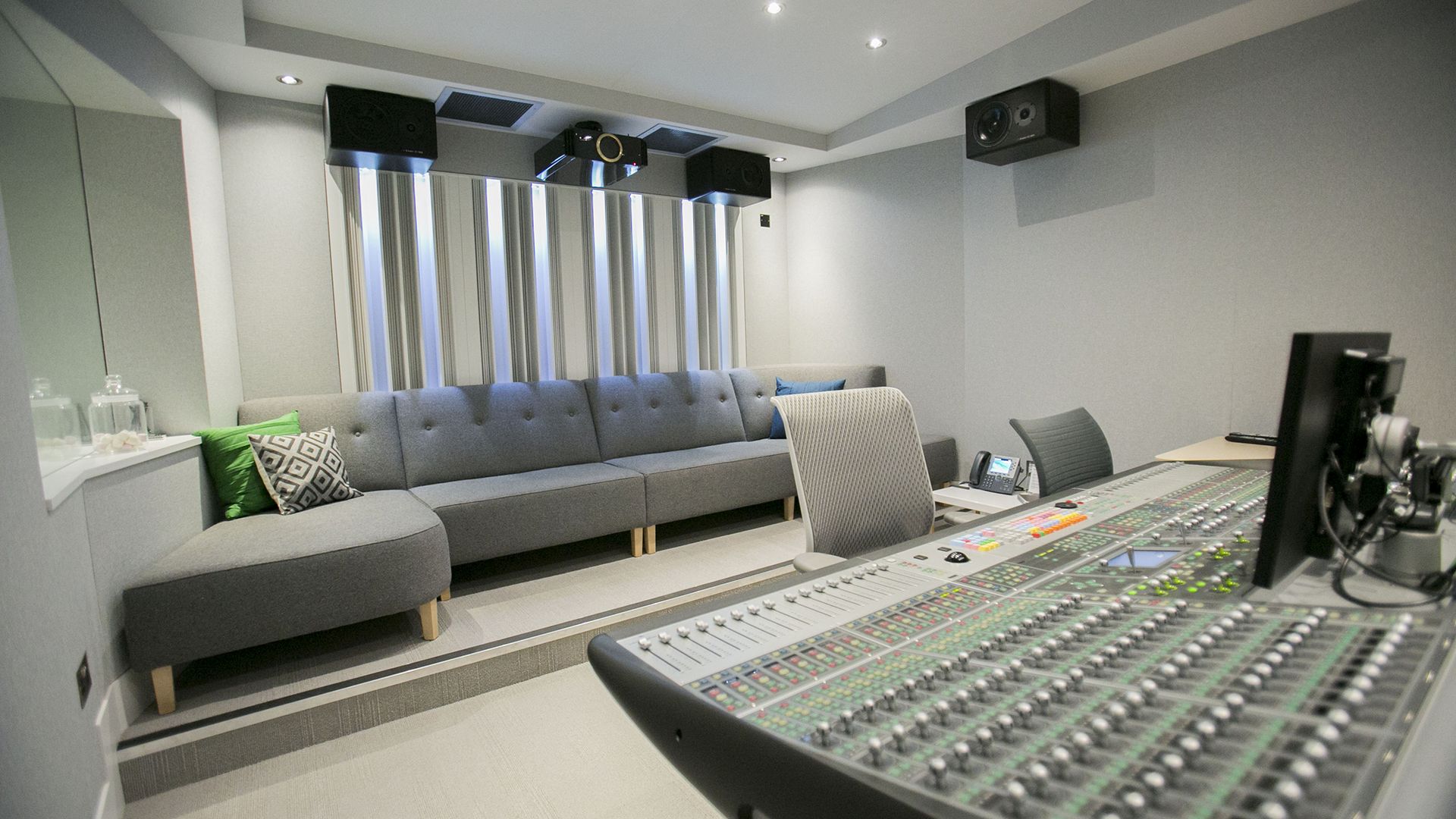 With the company now firmly established within the post-production scene, GPS is looking to the future. The team is consistently exploring ways that it can continue to grow whilst pushing the boundaries of innovation.

Leading the innovative side of the operation is Chico, who works tirelessly investigating new workflow solution. With Chico at the helm of innovation, GPS has spent time putting systems in place to ensure the highest possible levels of efficiency.

“If you don’t have a communication flow, the experience you deliver to the client won’t be the optimum. Whoever is able to set up the best way – to adapt and be more agile, keeping people engaged – is the one who’s going to get the clients. We’re in a good position to do it,” believes Chico. “GPS was built like that; how to bring some of the best people together but in a way that will explore their talents and offer unique solutions. Operating in a traditional way won’t leverage their knowledge. We’ve expanded with a start-up mentality.”

In the next two years, Chico hopes that GPS will be in an open model in which people work together as a seamless entity. The aim is organic collaboration whereby smaller groups can perform well, and there’s an underlying belief that the company is moving forward, developing an agile framework that can be adapted to any situation very quickly.

The company has grown in both stature and numbers in the last couple of years yet there’s a need to grow further, and Mark believes that GPS are in a prime position to do so, “We’re a smaller team and there’s a lot of crossover between the departments, if we need to change – to cater to specific needs of a job or a client – we can do it very quickly.” Where bigger companies find it difficult to adapt because there’s so much infrastructure in place, GPS is still in its infancy so everything is changeable.

One way in which the team will be looking to adapt is by venturing into the realms of Virtual Reality (VR). With agencies and brand looking at VR as something with a lot of potential, there is a firm belief within the company that it’s here to stay.

Bradley, whose team are already working on VR projects, believes “Everyone wants in on it and we need to be able to offer it to our clients” says Bradley. “It’s becoming increasingly accessible, particularly because of the Google cardboard which is amazing kit for something so cheap.”

What has previously been a bit of a gimmick now appears to be the future, with Chico adding “The nice thing when you talk about VR content is that you can consume it in different ways; you can have the fully immersive experience but you can also have an immersive ad or game on a second screen. It does have a huge potential.” 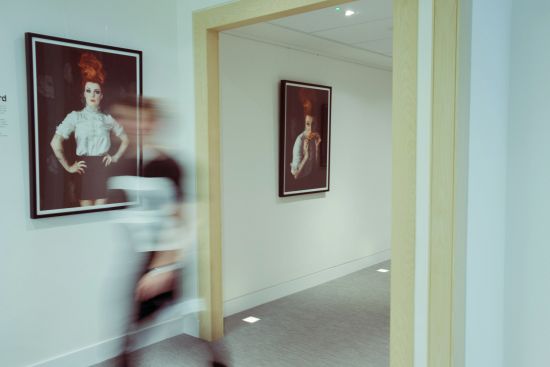 Returning to the physical world, GPS are focussed – and on track – for further expansion. Plans are afoot to expand the already impressive London facility, but there’s a real desire within the team to take the operation international.

“It’s got to go global,” says Ben. “Taking it elsewhere; physically and virtually. I want more! That would be the same with all departments, it should all keep growing bigger and bigger.”

The first destination that Richard has set his sights on is New York, but GPS won’t stop there as there are ambitions to break into the Asian market. “I want to send our guys to do a job out there and build a Gramercy Park that’s in New York. There’s a need to go global and New York is ready to be cracked, then Singapore or Bangkok will be in a year’s time. From our inception to our fifth year anniversary, we should have all that in place.” 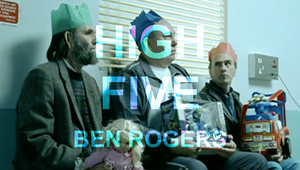