The award for documentary excellence includes a prize of AU$10,000 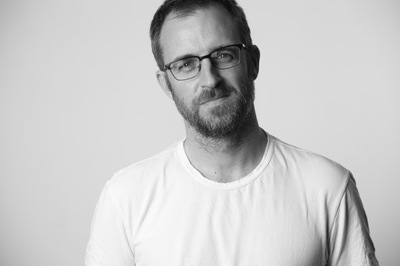 2018 is the tenth anniversary of Documentary Australia, which hosts the award and is Australia's only not-for-profit organisation that fosters social change through documentary storytelling.
Ghosthunter, the story of a Western Sydney security guard and part time ghost hunter searching for his absent father, was chosen by a jury from films made throughout the world.
It made its debut at Sheffield Docfest in June and was nominated for an Illuminate Award. It is due for release in 2019 through SBS & Madman Entertainment. Lawrence and his team worked on the film for eight years, to create a complex web of interconnected characters and emotionally charged stories, going back several decades.

Lawrence is also an established commercial director. In 1998 he was the first Australian director to be awarded a Clio for direction. In 1999 he was featured in Time Magazine's report on emerging Australian creatives. He was nominated three years in a row at the Australian Directors Guild Awards, in the TV commercial category. His commercials have been awarded at the Kinsale Shark Awards, Cannes Lions, New York Festivals (Grand Award) and Mobius. Lawrence's 2007 short film, Paul's Dream, based on a short story by Stephen King, was invited to screen at the Edinburgh, Clermont-Ferrand, L.A. Shorts and Sao Paulo film festivals.

In 2009, he received the Directors Guild Grass award for highlighting environmental causes in his work, which include TV campaigns for the Climate Institute of Australia, Earth Hour and the Australian Federal Government's carbon tax campaign. He is also the co-founder of the Rozelle Protocol - an initiative that offsets carbon emissions from TV commercial production in Australia.

In 2016, Lawrence co-directed Man Up, a three-part TV documentary series for the ABC, in conjunction with the The Movember Foundation and Melbourne University via Cummins&Partners, which focused on Australian men's mental health and suicide. It achieved more than over 50 million views, 494K reactions and 770k shares.

Lawrence has just received funding approval for his new film, Hearts and Bones.