EXIT Welcomes Australian Director Stefan Hunt Back from the US 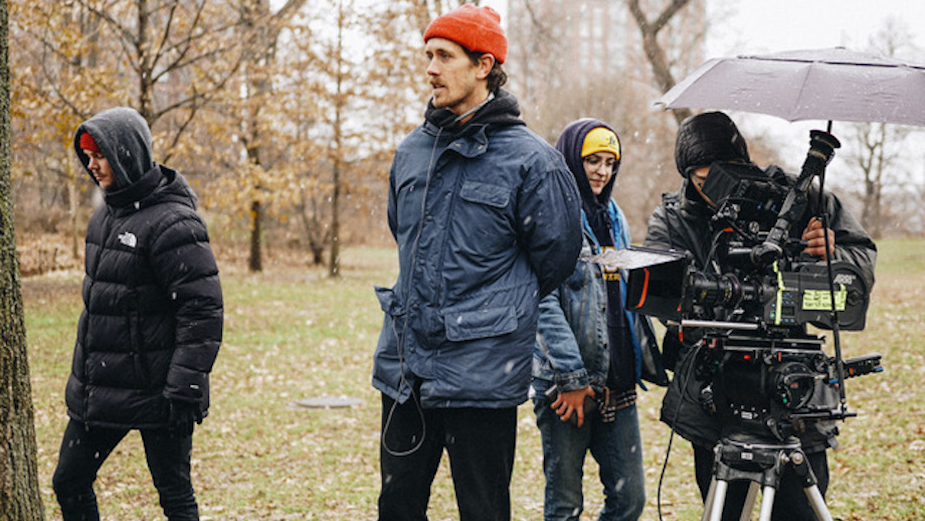 Nike, Ray Ban, Kosciusko Beer and Bonds director, Stefan Hunt, has returned to Australia from the US. This is a thrill for Exit, which includes him in its wide range of talent.

Says Leah Churchill-Brown, executive producer, Exit: “There is so much advertising, so much brand content, in the world, Stefan’s original thinking and individual ideas are assets too good not to include in what Exit offers its clients. I’m excited about doing more work with him here.”

Says Stefan: “I came back to Australia to get married in April in front of 200 loved ones. Instead we had two people attend thanks to Covid restrictions. As much as my wife and I love our home in New York we figured we’re in no rush to get back there so here we are, stranded in Australia, feeling bloody grateful.”

Covid fear aside, Stefan’s creative verve is ignited by the possibilities that Australia and Exit are putting in front of him.

Says Stefan: “The US is a completely different market for many reasons. First of all, New Yorkers really pride themselves on being the tastemakers of the world, so weird ideas are given more airtime in the pitch development. The US is also just a more explicitly political place so there is more accountability. Non-profits like Free The Work are doing incredible work around representation in the US film and advertising industry. I think that kind of thinking is something I’m really excited to lean into more in Australia.”

That Stefan is both a director and an artist is evident in his work, which often combines both. The youthful spirit of his work is one of its points of difference.

“Of course, I hope I’m always growing and evolving, but I try lean into my own imagination first, and outside inspiration second.”

Stefan’s 'childishness', as well as his fascination with the inner world of human beings, has won him five Vimeo staff picks recently, his short film, We’re All Going to Die, being the most feted. This evolved into an interactive multi-media experience attended by thousands at The Melbourne, Sydney and Byron Bay festivals, as well as a book, talks and art events in California, Texas, New Zealand and across Australia.

Stefan’s new short, They Saw The Sun First, is no less inventive. The film, a unique evolution of a documentary, presents the voices of a collection of older New Yorker who express their views on youth, fear, regret and aging, overlaid by a choreography.

“The idea was born after realising I don’t have eldership in my life. The advice we get these days is dished out by people like me writing interviews like this for other people like me to read on platforms where elderly people are not represented at all,” Stefan explains. “They Saw The Sun First began as eleven long form interviews with some incredibly inspiring and colourful elderly citizens of New York. These interviews were edited down into a seven-minute audio clip, that was then scored by one of my favourite artists of all time, FKJ. The dance idea came to me naturally because my wife, Vanessa Marian, is a dancer, so that movement influence is always in our world. It just seemed natural that dance would become the embodiment of the words.

“Vanessa and I put a lot of effort into casting people who truly had that little magic spark and then she worked with each performer to see how the words of the elderly New Yorkers could be mapped onto the bodies of young New Yorkers. The process was so moving for me that I remember not caring if the film was received well. I had taken so much from it just for having made it.”

The film has already been well-received with dozens of reviews and a lot of stars to commend it. Hunt’s short films enhance his commercials directing in important ways, he says: “short films teach you that it’s not about resources – it’s about resourcefulness. Independent films force you to problem solve, think creatively, get weird and lean into the power of collaboration. I always try and push myself out of my comfort zone with independent projects so that I’m learning something. The weirdness of the challenge usually helps me pull together a crew of exceptionally talented creatives who enjoy being weird and challenged. Through my last few projects, I’ve thrown myself into claymation, shooting on film, working with stunt teams and creating champagne taste VFX on a goon bag budget.

“Every personal project has led to commercial projects, and I’ve truly appreciated the opportunity to use the weird skills I’ve picked up along the way on a much larger, and more impressive, scale.”

Stefan has already demonstrated the power of some of his 'weird skills', in commercials such a Dream Crazier for Nike.

Says Stefan: “Dream Crazier was such a fun ride. We shot in Spain, Greece, Romania and Florida over twelve days with a run-and-gun approach. Nike loves to push boundaries and they challenged me to capture the irreverent side of tennis culture that we rarely see. My approach was to lead by example, embrace some Aussie larrikinism on set and encourage these world class athletes to let their guard down.

“Some other faves of last year included a Ray Ban spot with actor and activist, Indya Moore; a dance inspired commercial for sustainable furniture company, ZZ Driggs, and a piece for On Running which involved me attempting to keep up with Roger Federer running through NYC.”

Next he hopes that his originality will be as well-received by agencies in Australia as it has been by Exit: “I’m stoked to be back on Aussie soil (and in its time zone) and working with Exit again. Since living in New York, I feel my work has really matured without losing the uplifting whimsical nature that I feel is my voice. Exit has really supported that growth and I’m psyched to work with their incredible team to continue on that trajectory here in Australia.” 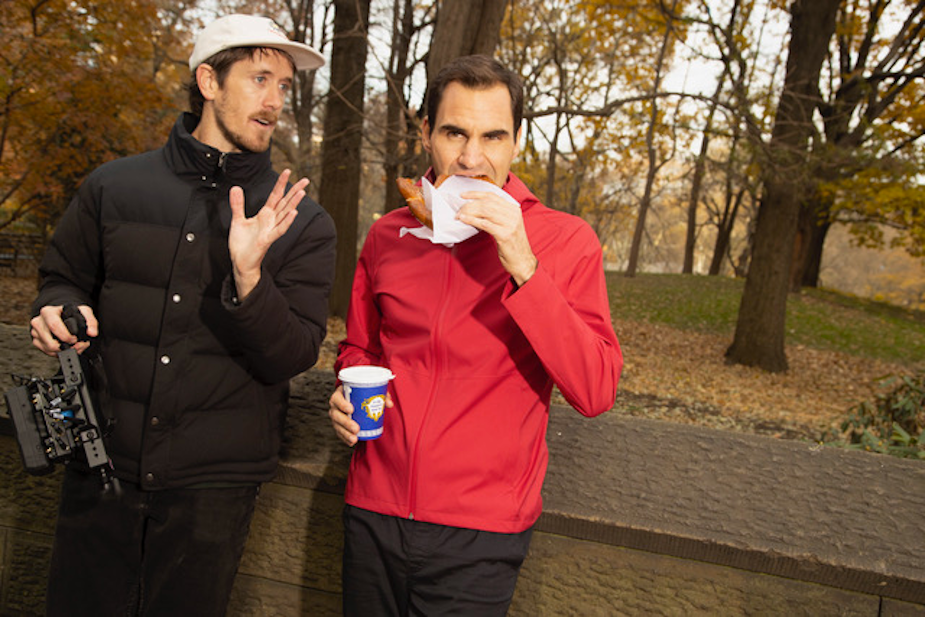