Drinks and screening will be held on the 28th March at 5.45pm at Golden Age Cinema 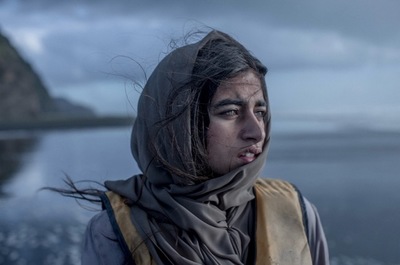 Renowned film director Patrick Fileti will be showcasing his latest short film "Undercurrent" at Golden Age Cinema in Surry Hills next Wednesday 28th March at 5.45pm followed by drinks at the bar.

Fileti developed the script after interviewing and photographing over fifty Australian refugees as part his featured exhibition at Head On Photo Festival 2017 in support of The Refugee Council.

Synopsis: After a dangerous sea crossing, a young Syrian girl faced with tragedy is forced to find hope. Undercurrent is a meditation on survival, grief and the outcome of war.


Says Patrick: "Having carefully watched the refugee crisis accelerate over the last few years, I have become passionate about advocating for this cause. All the Refugees who came forward to share their story and who were the inspiration for the film humble me. Over 60 million people worldwide are now

forcibly displaced. Globally, one in 122 humans is now either a refugee, displaced or seeking asylum. This is a huge epidemic and every country including Australia must do more in order to safeguard the lives of people fleeing war and persecution. Protecting humans is a shared responsibility."

Fileti is an award winning filmmaker and photographer. His ambition to create purposeful and emotionally-charged content is rooted in his belief that images speak to the soul of a viewer. His work is shaped by a passion for beauty, thought provoking imagery and an intimate character.

Please RSVP below and come along to support the film and cause.