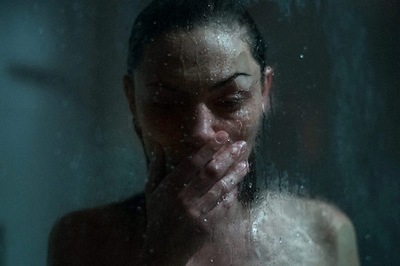 Exit Films made a lot of good decisions last year. Two of them were the signings of young directors. And so, the 2016 Award Production company of the Year is beginning 2018 with a new portfolio of work winning acclaim.

Glendyn Ivin's gripping mini-series, "Safe Harbour." will premiere on Wednesday March 7 at 8:30pm on SBS, and he is about to begin work on the BBC One production, "The Cry," which will be filmed in Melbourne and Glasgow.

Tom Campbell's work as part of the exhibitionexhibition, "They Cannot Take The

Sky: Stories from Detention", for behind The Wire, has won the distinction of being presented at White Night, Melbourne's 12-hour creativity and culture event. It will be projected in massive scale onto the National Gallery of Victoria façade.

View the trailer for Campbell's They Cannot Take The Sky

Ben Lawrence's moving story of the Australian spirit, People Helping People, with BMF was launched by TAL at the end of January to announce its partnership with The Royal Flying Doctor Service. Lawrence is now in pre-production for a commercial shoot in Victoria as well as getting ready for the release of his feature documentary, Ghosthunter.

Greg Wood has just finished another powerful Australian story, "As Australian As It Gets," with The Monkeys for CGU. And Patrick Fileti's heartwarming music video-style spot, "Friends Forever," for Omnicom's dedicated McDonald's agency launched in the US at the end of the year, while his film, "Undercurrent," made in support of The Refugee Council, is currently playing in festivals.

While Campbell worked his way onto Exit's roster as a director's assistant to Garth Davis, Mark Molloy and Glendyn Ivin, Lauman arrived already fully-fledged. The writer-director had a Master of Fine Arts in Film Directing from the American Film Institute in Los Angeles (from which she graduated top of her class), seven short films and an impressive array of festival screenings and film awards in her arsenal.

But she was noticed first by executive producer, Leah Churchill-Brown, "for her cinematic eye and the nuanced performances she elicits from her cast, and her willingness to explore genres and topics that are not necessarily black and white," Churchill-Brown stated. "But really, I love her as she makes me laugh. All of these assets are contributing to her finesse as a performance director for TVCs."

Says Lauman: "It's a true pleasure of directing to be working with and listening to an actor's performance; being utterly there with them in what they must create and knowing that beside you the cinematographer is listening also. You feel it clicking together on set, and it's such a delight when you sit back and look at the pictures that you made, that visualise what you felt - that listening, that gentle intuitive responsiveness - is inside every image."

Says Lauman: "In the short films that I have made, body, gender and voice or voicelessness are central themes. So it was quite magic to be handed a script that dealt entirely with these themes."

Campbell is already finishing his fourth project with Exit, a series of TVCs with Leo Burnett Melbourne for SPC's 100th anniversary campaign.

Says Campbell: "This was an great job to work on. It tells SPC's Made In Our Back Yard story by capturing lots of authentic, natural performances that would resonate with Australian audiences."

But he is also feeling the honour of having his work selected as the showpiece for White Night and giving the stories from "They Cannot Take The Sky" a larger platform than they have had already.

Says Campbell: "Behind The Wire is a not-for-profit and its mission is not to promote itself but to document the stories of the men, women and children who have been detained by the Australian government after seeking asylum in Australia and giving them the much needed platform to be heard."

And Ivin, whose commercial work ranges from the classic emotion-igniter, "Feels Like Home (Family)" TVC for Qantas which he directed for The Monkeys last year to the edgy white six-minute content piece, "The Playground", for Coca-Cola, is already anticipating his return to ad work later this year. Ivin's commercial work is interspersed between some of Australia's most acclaimed productions, such as "The Seven Types Of Ambiguity", which won 5 AACTA Awards including Best Direction In A Television Drama; "The Beautiful Lie", nominated for 9 AACTA Awards Including Best Television Drama; "Gallipoli" and "Puberty Blues Series 1 & 2".