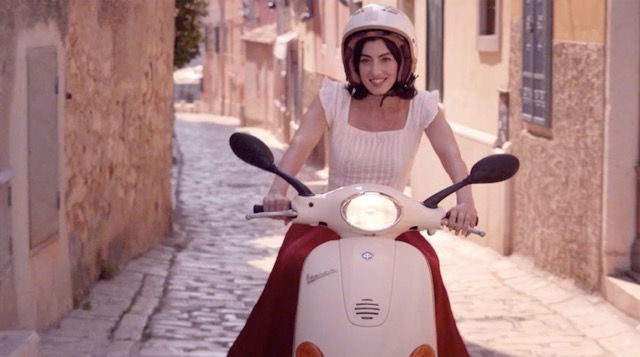 The latest work to be directed by EXIT director Shelly Lauman is a contemporary take on a romantic moment for Moccona.
A new kind of fairytale, this spot moves the focus away from traditional "boy meets girl" and tells the story of a woman inspiring herself.
Shot on location in Croatia for M&C Saatchi Sydney, 'The Melody' is Lauman's first major campaign under EXIT's roof after joining the roster in late 2017.

This news follows the release of Shelly's spot 'Unexpected Victim', a compelling piece for the UN with IOM-X bringing awareness to and breaking down gender mythologies around sexual exploitation.
Having completed her Masters in directing at the American Film Institute Conservatory in Los Angeles, Lauman is an internationally award-winning writer and director for her short films now repped commercially by EXIT in ANZ.
Says Leah Churchill-Brown, EP, EXIT: "Shelly was recommended to me by a friend of mine. So I checked out her work and was immediately taken in, firstly by her storytelling, as let's face it, we all love being seduced by a good yarn, and also her gentle way of viewing the world. There is an authenticity to her work that she gets through the spontaneous, intricate and honest performances she elicits from her actors."
A classically trained actor herself, Lauman's love of performance drives her storytelling and, combined with her poetic but playful cinematic imagery, she creates worlds that are distinctly her own.
It's this quality that has not just EXIT EPs, but agency creatives alike excited about Lauman's future with EXIT.
Says M&C Saatchi creative director Sharon Edmondston of Moccona: "We were attracted to Shelly from the very beginning because it was clear in her film work that she had an incredible sensitivity when it came to capturing nuances in performance. We weren't really bothered that she didn't have a reel full of commercials, her body of work more than demonstrated her potential and her treatment was driven by the emotional response we were striving for within each scene,
"Maybe in part because she is an actor herself, but she really understood how to read the room, and as a result she created no distance between her and the cast, crew, client, agency or even the stills photographer...an incredibly positive experience which was reflected in the final result."view more - Creative