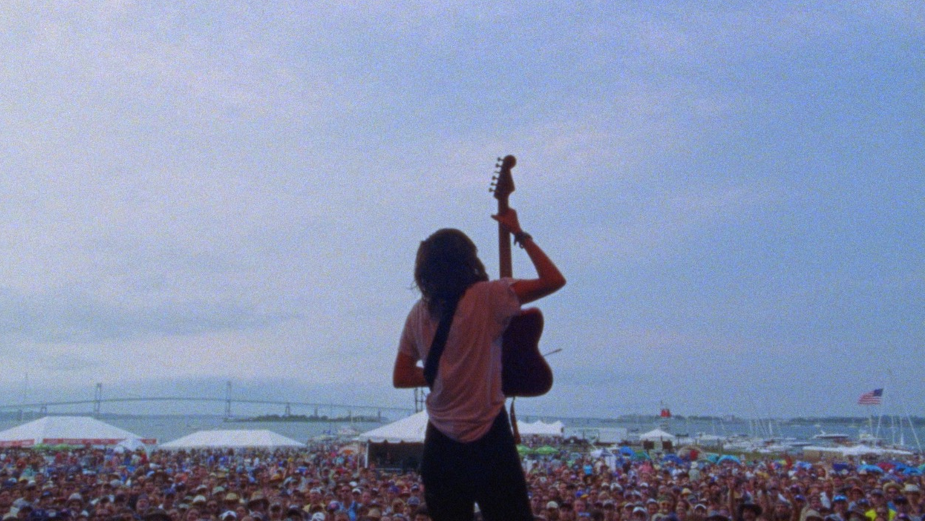 In 2018, Danny Cohen’s flair for making distinctive content attracted Exit’s attention. His sixth music video for singer-songwriter, Courtney Barnett, had become Vimeo staff  pick in just four days. He had won the Triple J Best Music Video Award and been nominated for the ARIA Best Music Video Award twice. As a photographer, he had shot Mac DeMarco in a bath full of cigarettes for Rolling Stone and Eric Andre in a recreation of the Birth of Venus.

True to Danny’s ability to tell stories in a way that surprises, the film is the antithesis of a rock biography and a clear demonstration of why Danny has become one of the Australian music industry’s most awarded directors. It looks different, shot on 16mm film. It feels different with Barnett’s innermost thoughts recorded on a dictaphone and Barnett’s slow acceptance of Danny’s camera evident. Danny reveals a woman who finds power in sharing her vulnerability. He captures a paradoxically introverted performer and anti-influencer, who, at the height of success, is ready to walk away. The film was produced by Philippa Campey and Samantha Dinning, and edited by Ben Hall with a score by Courtney Barnett and Stella Mozgawa.

Danny commented, “After three years on (and off) the road, and a blurry few months in the edit suite with legendary editor Ben Hall, it’s wild to think that piece by piece, I’ve documented a story, one of a searching woman, of tremendous personal growth, and limitless talent. I’ll be forever grateful to Courtney for this experience, and I’m looking forward to sharing the film with audiences here in Australia and internationally.”

Exit executive producer, Leah Churchill-Brown commented: “Danny has a remarkable ability to tell distinctive stories. He has a flair for noticing the unique and memorable characteristic in a person or a story and bring it to the fore in an engaging manner. It is quite a skill.”

Here's what Triple J said of Cohen’s Kirin J Callinan video with Jimmy Barnes: “The winner of last year’s J Award Australian Music Video Of The Year, Danny Cohen is back. What’s not to love about his unique take on a Spaghetti Western? There’s the ghost of Ol’ Jimmy Barnes screaming from the mountain top, a hilarious on-screen exchange between Kirin J Callinan and co-star Alex Cameron, and a modest whistling cameo from Molly Lewis. This is some meme-worthy madness, as the top comment on YouTube says, ‘This is so weird’.”