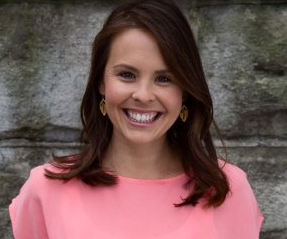 With the seasons changing here in Sydney so too are things at Exit. As of May 4th Exit is excited to announce its newest member to the team, executive producer Kim Wildenburg.

Recently relocating back home to Sydney after working much of the last 11 years in the United States, Wildenburg most recently has been running The Mill's design and content division, Mill+ out of Los Angeles.

While at Mill+, Wildenburg managed a diverse team of directors, designers, editors and animators, working across multiple platforms from traditional live action commercials to interactive experiences, art installations, gaming, and other alternative forms of media. With her wealth of experience in live action, vfx and design, Wildenburg has produced many award winning campaigns for global clients such as Nike, Coca Cola, Gatorade, Google, The Oscars, and most notably the 2014 Pepsi Super Bowl campaign.

In addition to that, her work for the 'It's On Us' campaign, which featured numerous high profile celebrities standing up against sexual assault, saw Kim and her team invited to the White House, where her film was premiered by President Obama and Vice Presented Biden.

Previous to Mill+, Wildenburg spent six years working at the US power house Psyop, where she was executive producer of the LA office and continued developing the brand within the local Australian and NZ Market in 2012.

"I couldn't be more thrilled to be joining the Exit team soon and working closely with Em and Henrik over the coming years. Exit is an exceptional company, focused on producing beautiful content, with a stellar roster to support that. Exciting times indeed!” says Wildenburg.

Coinciding with this announcement, we see another big change. After establishing the Sydney office five years ago, Emma Lawrence has made the move south to Exit Melbourne where she will continue to be an equally as brilliant, albeit slightly colder, executive producer and master of all things Zen.

“It is exciting times for Exit and while maintaining our sensibilities and keeping true to our passion for film making, our horizons are ever broadening. With the industry increasingly pulling focus on alternative forms of media it couldn't be a more perfect time to have Kim onboard and to be able to offer her diverse experience to the Australian Market place,” a spokesperson from Exit said.