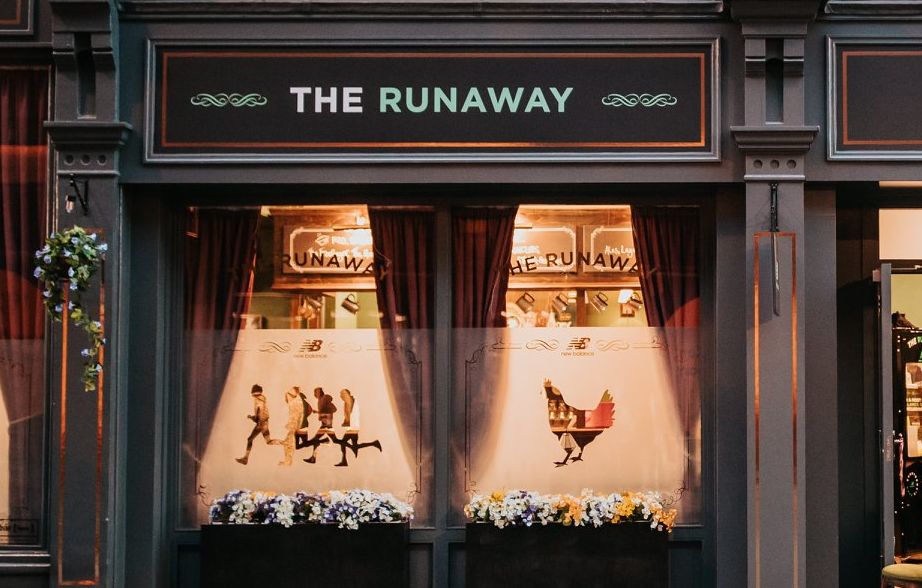 New Balance has opened the doors to its first ever pub ‘The Runaway', where the currency used is miles run and logged on Strava. The activation was created by VMLY&R as part of New Balance Everybody’s Race campaign.

New Balance has joined forces with Strava to launch four challenges, specifically focused around key marathon training milestones. Upon joining the Strava challenge, the user will receive a Runaway Card, which can be added to the wallet on their phone. This card fills with the miles you run and can be used to exchange miles for pints in the pub.

Located in the heart of London on Charing Cross Road, The Runaway is a social hub for the running community and a physical representation of the New Balance Everybody’s Race campaign, which focuses on supporting marathon runners throughout their training in the 120 days leading up to the Virgin Money London Marathon.

The New Balance Run Club community and London based Running club, RUN THE BOROUGHS will also make The Runaway their home in the run up to race day, enjoying well-earned pints after pounding the pavements on their weekly runs. 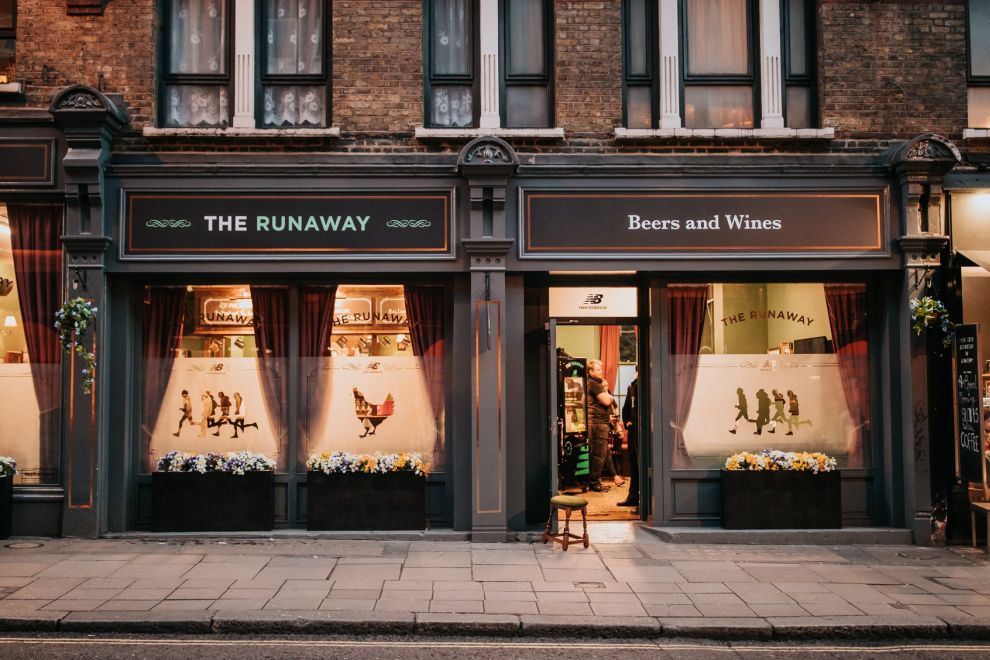 Complete with a fully stocked bar and dartboard upstairs, the Runaway provides a cosy pub setting for runners to relax and socialise. Downstairs, runners will find a gym and weights area to stretch and work out, complete with changing rooms and lockers.

Samantha Matthews, senior marketing manager at New Balance UK & Ireland said: “We’re excited to open our very first New Balance pub and look forward to welcoming runners to the bar to exchange their miles for pints. The Runaway pub brings our Everybody’s Race campaign to life and aims to empower runners throughout their weeks of training, offering an escape and reward when needed and a hub for the running community to come together and support each other.”

Jason Xenopoulos, CEO, New York and chief creative officer, North America, VMLY&R on the campaign: “I love the Runaway pub because it is the opposite of interruption marketing. It is a connected brand experience that people are actively drawn to because it adds real value to their lives. It rewards runners for their efforts in a relevant and surprising way and brings the brand’s fearlessly independent ethos to life. It brings together creativity, technology and culture to ensure that New Balance truly lives in people’s lives.”

Through the Everybody’s Race campaign, New Balance aims to celebrate the race before the race by motivating and celebrating runners throughout the 120 days of training in the run-up to race day. Following five runners on their journey to the marathon, the campaign will focus on the highs and lows of training.

Everybody’s Race provides 120 days of advice, motivation and inspiration by showing the gritty reality of training for a marathon and celebrating the sheer determination and commitment made by each and every runner ahead of the big day.

The effort and commitment required is greatest during the runs without the cheering, photographers taking pictures and volunteers handing out water. New Balance celebrates these runs through the Everybody’s Race campaign.